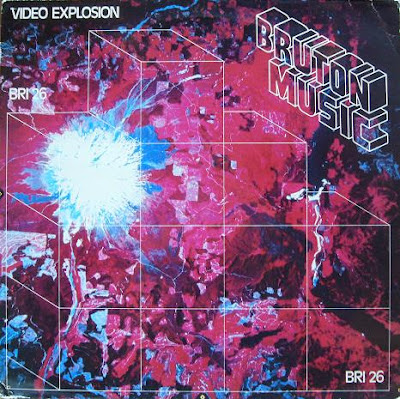 Library music is such a bottomless pit of source material that whole blogs have been set up to try and document as much of it as possible. By its very nature, the most successful pieces of licensed library music are probably more familiar to members of the public than most moderate chart hits - I'd be willing to stake my month's earnings on more people in Britain being familiar with "Chicken Man" by Alan Hawkshaw in its guise as the "Grange Hill" theme than Kelly Clarkson's latest single. When it gets used by a programme with a long run, library music establishes itself at the core of the public's consciousness as earworms, mobile phone ring tones and the sound of television repeats.

Then there's the lesser heard material which still got used in a more inaccessible way and has a cult underground following as a result - largely testcard music. Some of the easy listening output produced for the benefit of the terrifying BBC girl-with-clown has resulted in CD compilations, whereas the less frequently mentioned material which caused excitement for eighties kids was the odd disco/ electronic material used by the forward-thinking Channel Four at that time, which I've already waffled on about at length.

So far as I'm aware (although I'd be happy to be proven wrong) this "Video Explosion" album was something of a flop in library music terms. If any of these tracks were used in the production of a programme, film or radio show, I don't remember ever hearing them. However, any number of these pieces sound as if they could have been favoured by Channel Four (although they weren't) and certainly the year of production fits. The LP comes with the subheading "Compelling, positive use of live instruments, emulators and synthesisers", and that's what you get - thirteen tracks of people piddling around with electronic noises. When it works at its best, it actually comes close to China Records era Art of Noise tracks, most notably on tracks like "Colorfonia". When it fails, it's probably because the blander tracks were supposed to be used as a soundtrack rather than a solo listening exercise - but anyone with even half an interest in eighties synthetic library music is going to want to snap this one up (and I realise that by saying this I've probably lost the interest of at least 98% of my readers, but you know the drill... normal service will be resumed shortly).

As for the Bruton Music company, unbelievably it was purchased by Michael Jackson (the King of Pop rather than the TV mogul) in 1982, although he sold it on again to Zomba Music in 1985. Rumours abound that he was impressed by the label's output and even listened to it for pleasure, and if that's true, consider me floored.