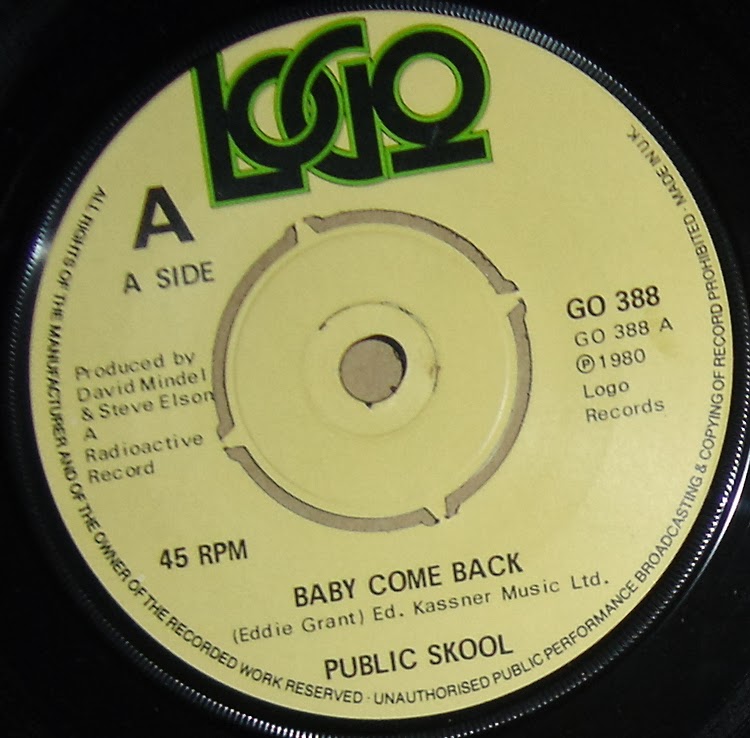 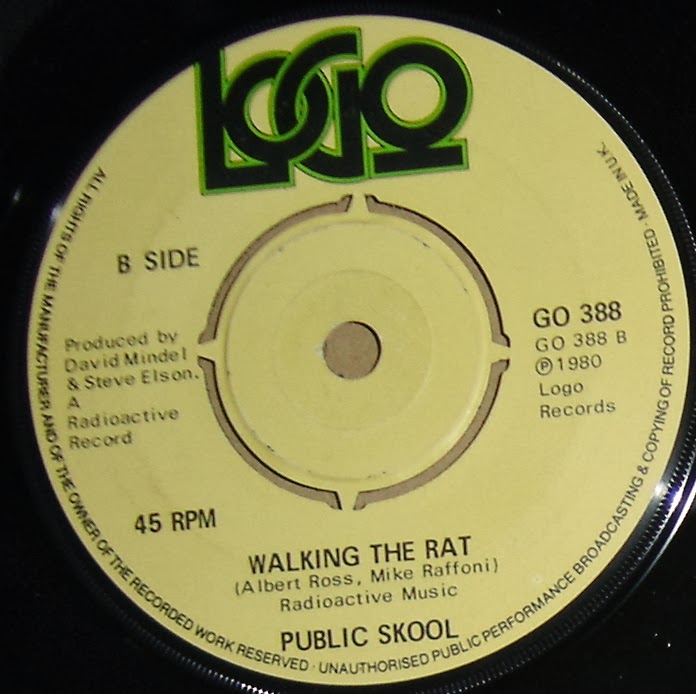 By 1980 punk was pretty much dead, but there were still a few pops and snaps going on in the fireplace  after the flames had been urinated out.  The "Oi!" movement, feverishly promoted by everyone's favourite British tabloid hack Gary Bushell, continued to give punk some occasional music press and radio presence.  Then, besides that, there were still a few records created by music industry session folk and chancers who hadn't quite realised that the game was almost up.

All the evidence points to this being a record made by a studio group having a laugh with the idea of making a Mockney punk record, much like The Strawbs attempt to go punk under the name The Monks a couple of years before.  The A-side, a cover of "Baby Come Back", is actually pretty good despite this, adding a football terrace edge to a track which wasn't short of foot-stomping qualities to begin with.  New Wave keyboards combine with "Oi!" vocals and glam banging to create a track which is fun without being essential.

The B-side is odder still, and if it isn't a piss-take then I'm sending my bullshit detector right back to the branch of Maplin I bought it from.  "Walking The Rat" is a wide-eyed punk track about taking a pet rodent out for a walk in public on a leash rather than a dog. Oh the anarchy.  "He's walking, walking the rat!" chant the backing vocals enthusiastically, and to cap it off we learn that the animal is called Pat.  I think I can detect a tiny bit of contempt here, and if this isn't a record made by serious session musos who felt that punk was either a bit silly or had made a mess of their careers, I'll be amazed. The presence of David Mindel on the production credits may be a clue - here was a man who wrote the "Jim'll Fix It" theme in the seventies, and was also in a band with Mike Read, penning the phased popsike classic "If (Would It Turn Out Wrong)" on his way.  It may be that a punk band were offered him as a producer for this session and simply accepted him as the right man for the job (those dog-rough glam rock credentials on the original 'Jim'll' theme perhaps did partly qualify him) or it may have been that he was in on a joke here.

Whatever, we're left with a punk curio which has been a guilty pleasure for many people over the years, and I suspect I'm not alone in enjoying this a wee bit more than I should do.