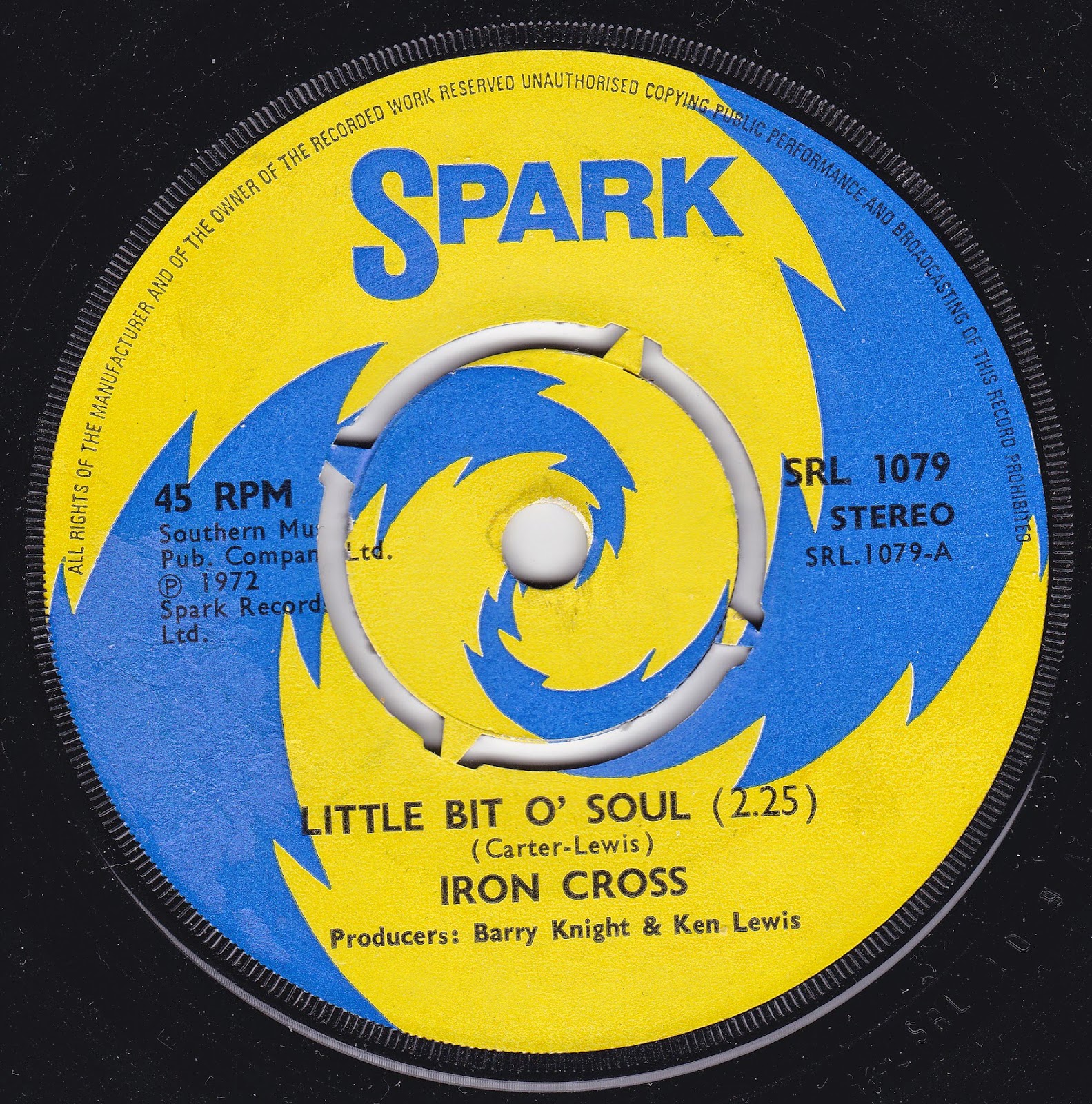 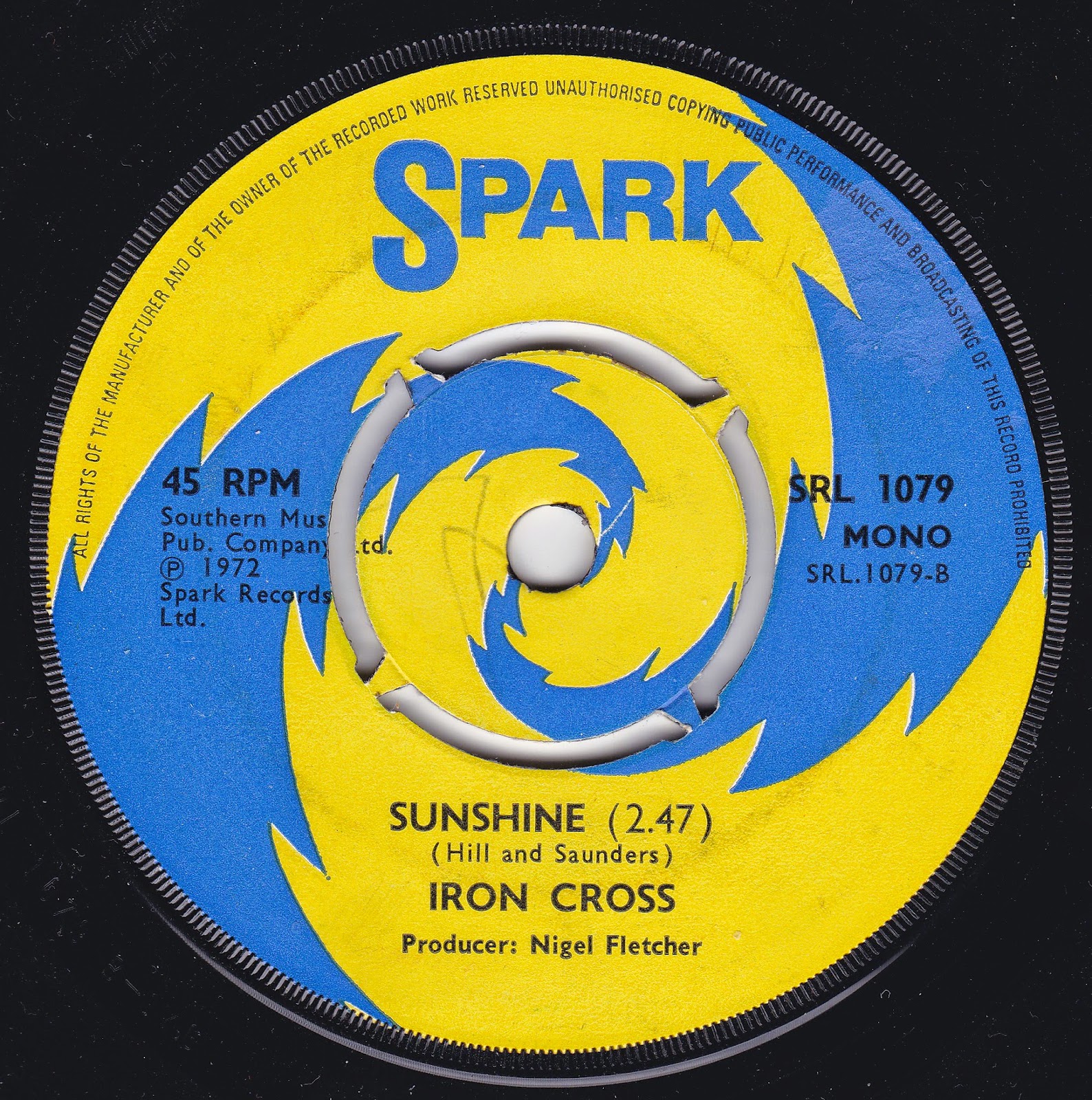 While the debate still rages about whether the USA hit version of "Little Bit O' Soul" by The Music Explosion is bubblegum or garage - and "who gives a toss, it's marvellous anyway?" would be my answer to that - this heavy, stomping glam cover of it in 1972 puts a different spin on the idea.

In fact, so forceful is this version that it's surprising it wasn't a hit. With a thump and a thwack and some vocals from a man so gruff he sounds as if he's been gargling with iron filings, it ups the aggression more than a little. "Little Bit O' Soul" never did do any serious business in the UK when The Music Explosion issued it here, so it was a cunning tune to plunder, taking a number two Stateside hit which was just plain unlucky over here and equipping it for evolving seventies tastes in Britain (where authors John Carter and Ken Lewis hailed from anyway).

You know the rest, though. It wasn't a hit. We don't do hits here on this blog. And nobody seems to be quite sure who Iron Cross were, although they had one follow-up release on Spark, the equally masculine sounding "Everybody Rock On". If anyone can identify them, please do let me know.

According to the comments for this song on Youtube, Iron Cross were from Staffordshire, and featured Dave Hill, Alan Saunders, John Isaacs, Alan Wallbanks, Graham Collier & Mark Lovatt.﻿