Dansette - This Summer (Gotta Get Up)/ This Change Of Yours 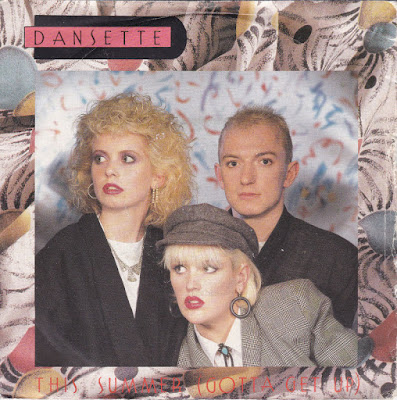 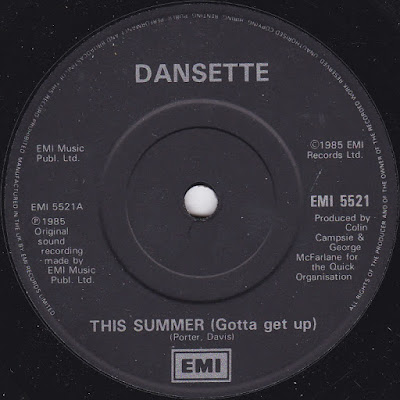 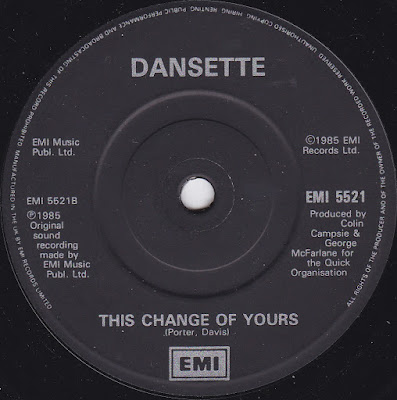 I've often wondered where the logic lies in major labels signing bands for one-single deals. Surely in their heart-of-hearts, the label bosses don't really want the records to succeed? If they do, the group will be in prime position to negotiate more favourable terms with the label, or jump ship elsewhere, and leave all concerned feeling rather daft for not playing a longer game. If the single flops, on the other hand, A&R and label management can simply shrug and say: "Ah well, that's why we didn't commit to the long haul, you see. The group simply didn't have what it takes to set the world alight. Still, worth a try". Have you ever heard of a band who got big after signing a one-single deal? (Apart from Procol Harum?)

I'm over-simplifying things a little, admittedly - contracts vary enormously from case to case, - and on top of that I don't really know what happened with Dansette. What I am pretty sure about, however, is that this was their only single, and there's certainly no LP out there.

That said, this single is damn scarce in itself, which makes me wonder whether it ever had a proper release or just existed as a promo item. "This Summer (Gotta Get Up)" is a none-more-1985 pop-dance track which mirrors the more sophisticated end of Stock Aitken Waterman's output, and filled to the brim with zest, youthful optimism and a cocktail or two. It's the sound of summer by the outdoor swimming pool in Harlow, Essex. It even has that ever-present electronic pre-chorus "vrrrrrrrm!" noise that dominated pop-dance tracks in the mid-eighties, and exists in some kind of cute sweet spot somewhere between early Madonna and Bananarama. So then, it could have been a hit, but in fairness the mid-eighties were awash with tracks like this, and it's perhaps not surprising it got lost.

Dansette consisted of Louise Porter, Matthew Davis and Siobhan Holliday, and the rear of the sleeve announces "Yes, the girls do play!", clearly trying to place them above mere pop fodder but seeming slightly precious in the process. As for what became of them afterwards, that's terribly difficult to say. Discogs seems to suggest that Louise Porter went on to write songs for a number of other acts, but the time lag involved is such that I'm actually not entirely convinced there's not been a mix-up. Anyone know anything more?

Nice site, I've added a link on my blog.

Dansette did release one more single, however it was under the name Heyday ('Come And Go', released in 1986).

Matt Davis is a nice bloke who is still making music. He's on Twitter @MD3musiC

The reason the band changed its name was we didn't check if there was another band with that name and they threatened us with legal action. EMI Music were great to us, EMI records less so but also we were very young and made some poor management decisions etc. As with many bands we produced better material before and after we were signed...

Louise had an amazing voice and did go ono have another singles deal, this time with Virgin. She also discovered and nurtured Mystique.