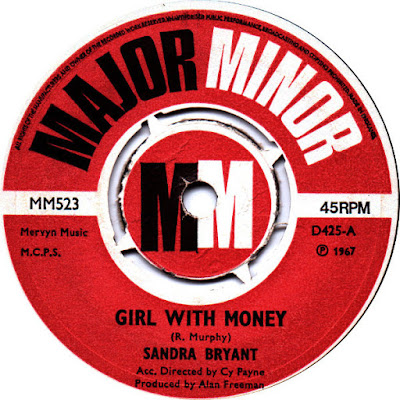 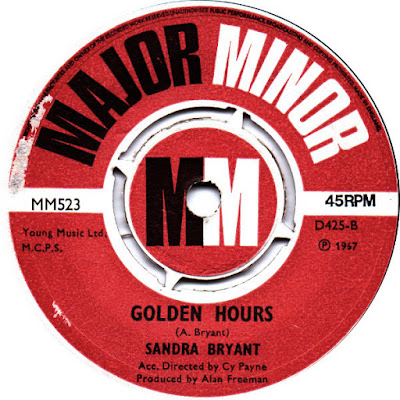 One of many, many records that slipped out on Major Minor almost unnoticed in the sixties, "Girl With Money" is a brassy, bouncy and sassy record which has all the hallmarks of a mid-sixties beat pop (rather than 1967) production. Sandra Bryant's voice lets rip all across this and she pushes herself to the bluesy max, but it's possible that by this point the public's tastes were moving on to more progressive fare. It's a pity, as it's a strong piece of work which under other circumstances might have offered enough zest to succeed.

Contrary to popular belief, the Sandra Bryant behind this disc is not the actress who appeared in "On The Buses", but a vocalist from Dagenham. She managed one other single on Major Minor, "Out To Get You", before disappearing from view. The label must have hoped that some of Sandie Shaw's local fairydust would land on Sandra's shoulders, but it clearly wasn't to be.


Another rare single, thank you david