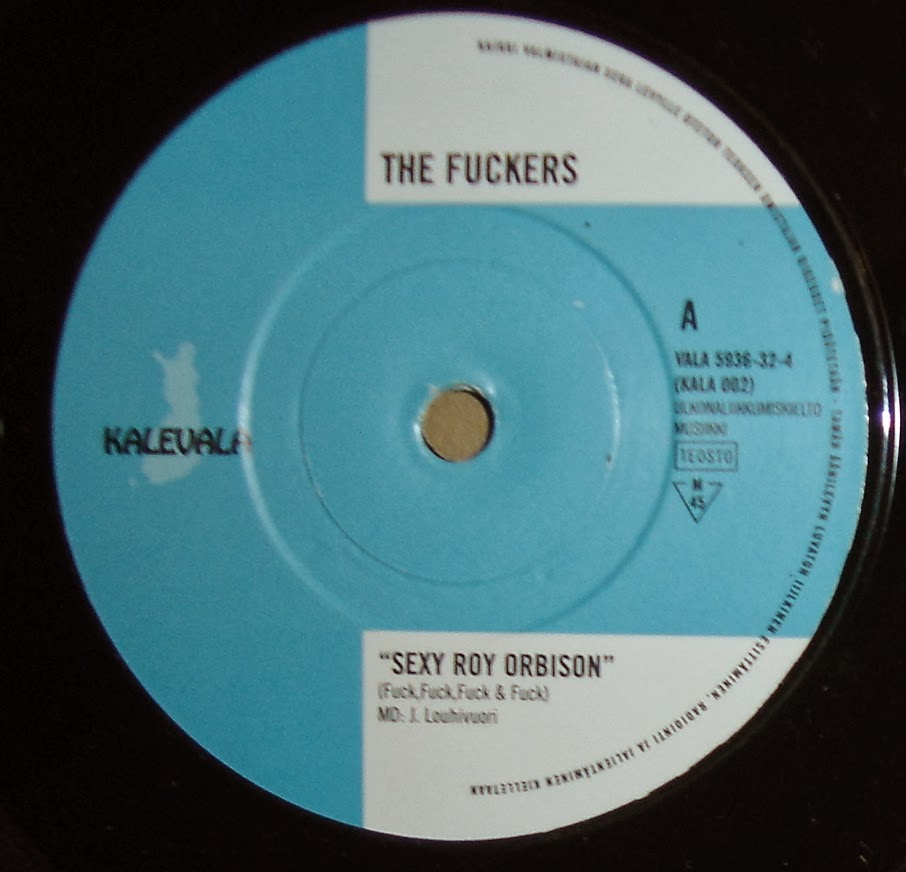 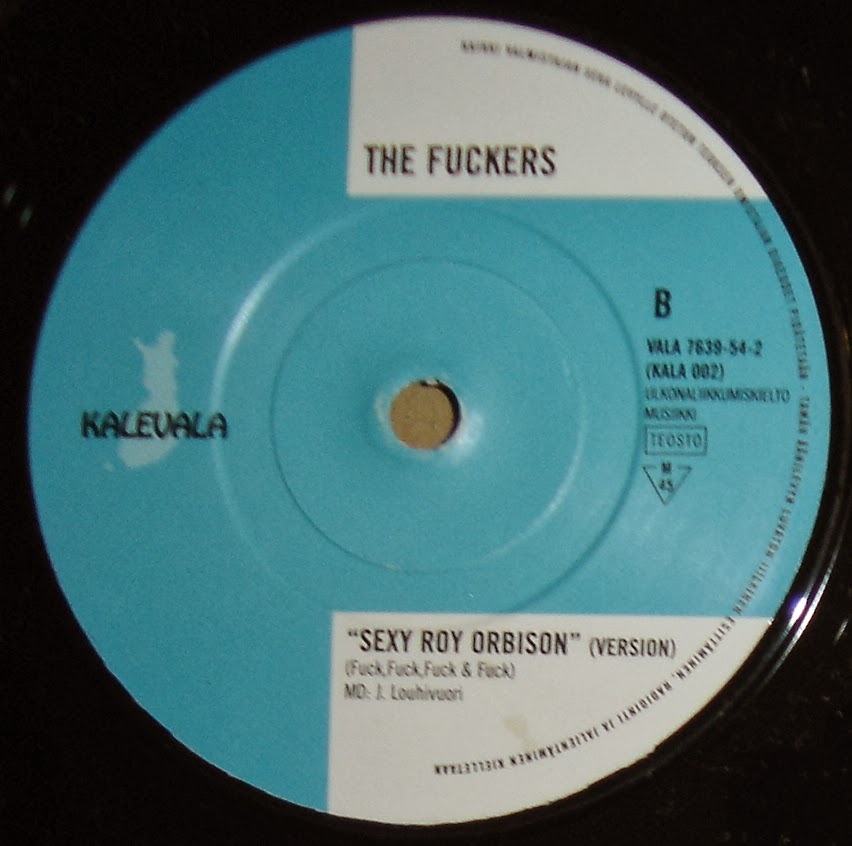 You might remember that some time ago, I talked about Bill Drummond and Mark Manning (aka Zodiac Mindwarp) and their peculiar mission to create a series of fictional Finnish bands whose singles they could release in quantities of 500 copies each. From ambient brilliance to garage rock to techno stupidity, the singles were varied in style and tone.  Ultimately though, I doubt anyone was quite prepared for the non-existent Finnish punk band The Fuckers.  Drummond writes in his excellent tome "45":

"They are the only Lapp punk band in the world.  They have been together for over ten years, no line-up changes, thousands of gigs, no success and no selling out.  They always get drunk before they go on stage.  Once on stage they fall over, break strings, get in fights with each other or members of the audience.  The night always ends with them being ripped off by the promoter.  They hate everyone and everything, but especially Helsinki.  To them, Helsinki is full of soft, southern, disco-loving, homosexual, rich, arty wankers, and full of girls they want to shag but never can, things they want to own but never will.  The Fuckers are the eternal dispossessed outsiders, failures and fuck-ups.  All of their own doing, though of course they'll never see it that way.  As far as I'm concerned, The Fuckers are the greatest band in the world".


So while "Sexy Roy Orbison" is probably one of the finest song titles of the nineties (though perhaps not as provocative as the song they apparently penned in honour of Princess Diana's death, "One Less Slag") does it cut the mustard?  Yes and no.  Possibly unsurprisingly, "Sexy Roy Orbison" actually sounds rather like the KLF colliding with Extreme Noise Terror as they did for a version of "3am Eternal", but perhaps less powerful and searing.  It sounds exactly what you'd expect a pissed-up underground punk band without a clue to sound like, and in that respect it's such an accurate parody that it would be hard for anyone to tell this wasn't the real deal if they were blindfold tested.  Buster Gobsmack Eats Filth this isn't.

It is a full-throttle, ferocious burst of noise and huge fun, but I doubt you'll need to listen to it more than half-a-dozen times before getting the gist and moving on.  The concept behind the group is mightier than the product itself.  Though I shudder to think what Google searches are going to get directed here as a result of the band's name and song's title….