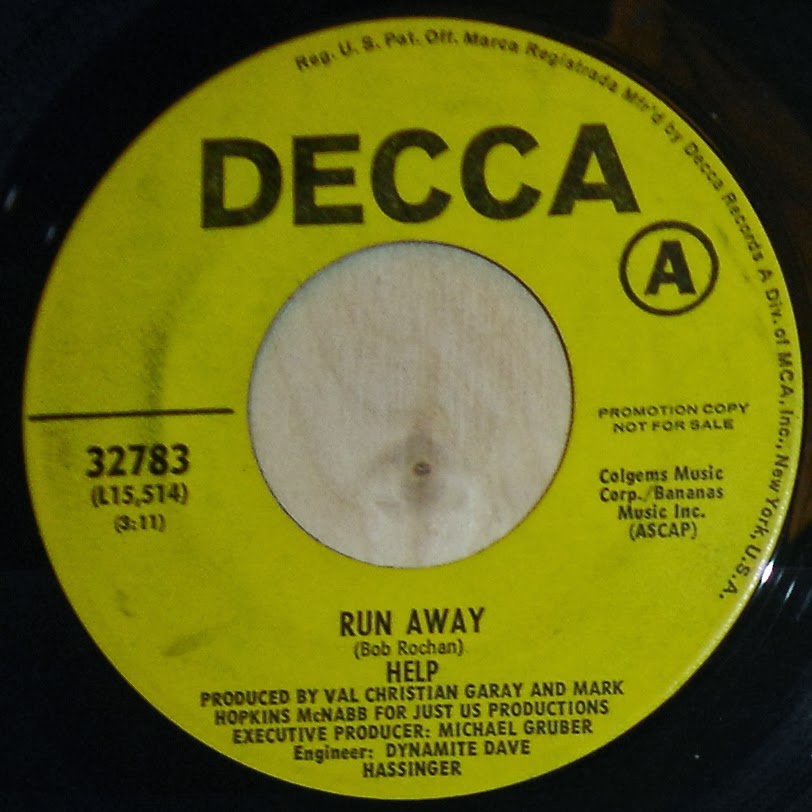 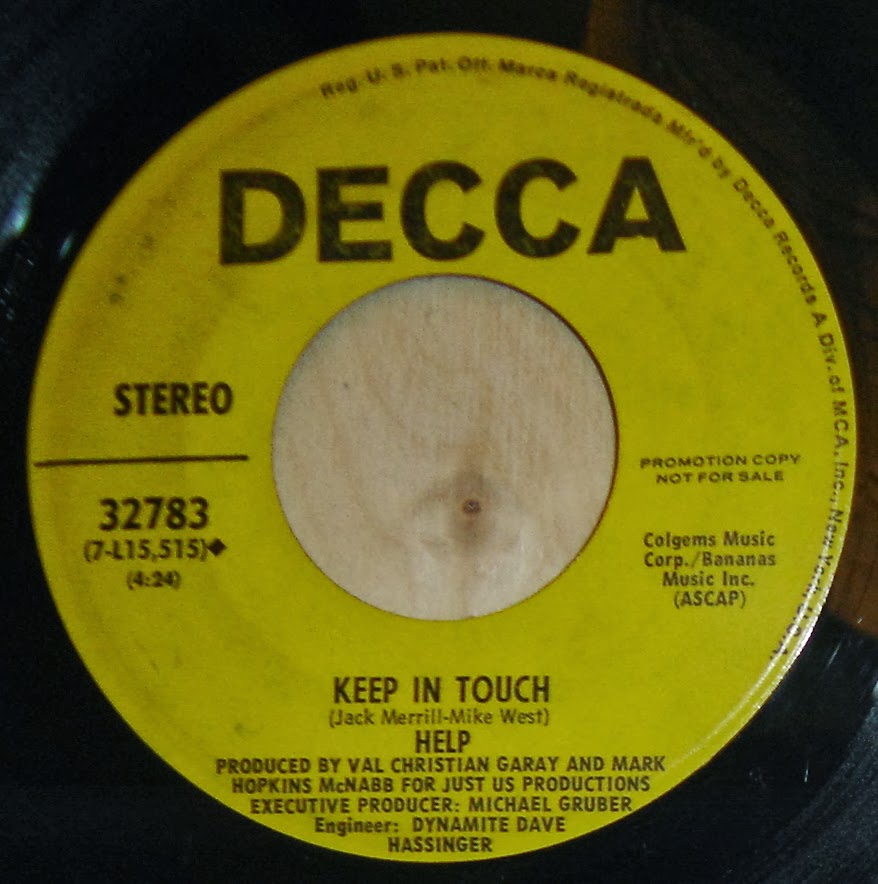 Consisting of members Chet McCracken on vocals and drums, Jack Merrill on vocals and guitar, Rob Rochan on vocals, bass and percussion, Help were a country rock outfit from California who fell through the cracks in the early seventies.

"Run Away" has become a much-referenced single online since those days, and it's easy to hear why. Released in 1971 it may have been, but there's a raw garage roughness to some of the guitar work, combined with some mean and lean "licks" - this is searing riffage without too much fat on the bones, and quite atypical of most of their debut album "Help" which overall tended to be rather more laid-back in tone.


Help carried on for another LP, 1971's "Second Coming", by which point they'd defined a harder edge to their sound. It was to no avail, however, and the group split up after a mere two years of recording activity. Chet McCracken landed on his feet by becoming the drummer for the Doobie Brothers, and the whereabouts of the rest of the group is less clear.