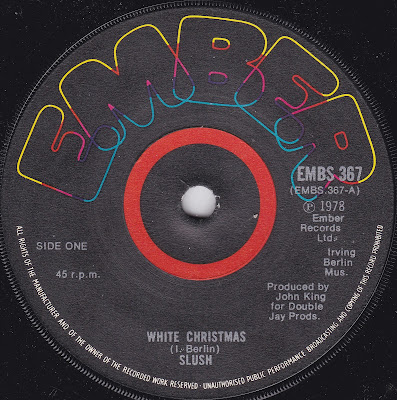 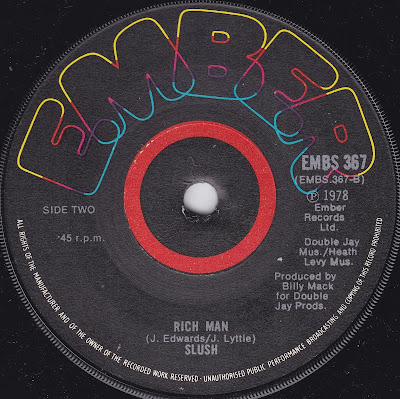 Nil points for originality here. The last time anybody bothered to properly sit down and count, there were over 500 cover versions of "White Christmas" in every genre known to man - from reggae and techno to metal. None have captured the public's hearts even a fraction as much as Bing Crosby's original 1942 recording, but as a seasonal standard it's become something many musicians learn to play before they've left childhood behind, if only to impress their families at the appropriate time.

This, however, is a cheeky punk take on the track, which takes Irving Berlin's original for a race around the icy pub car park in a knackered Hillman Imp. Tongues are clearly completely in cheek throughout, and you could probably accurately imagine for yourself what it sounds like before you even hear a single note. (E.g. I'm - chugga-chugga-chugga - dreamin' ovva - WHITE - chugga-chugga-chugga - CHRIST-MUSSS! - chugga-chugga-chugga...) It possibly reckons itself a little bit subversive by treating a toasty-warm winter classic in this way, especially so soon after Bing's death, but really it's just the equivalent of doodling some crayon glasses and a beard over a photocopy of the Mona Lisa. No damage is really done here, and on the few occasions it was actually heard in 1978 - one of them being on the children's TV show "Magpie" - it was probably deemed to be some silly festive hi-jinks rather than outright sacrilege.

In case you hadn't already guessed, Slush weren't really bona-fide punks by most people's measures. They were the cult power-poppers and Isle of Wight dwellers The Pumphouse Gang operating under an assumed name, and that accounts for the rather better B-side "Rich Man" here, which was clearly penned by individuals who had the energy and punch necessary to survive on the live circuit in the era, but also had an approach closer to Nick Lowe than Sham 69.


The group consisted of Ricky Wreckage (aka John Edwardes) on vocals and rhythm guitar, Ralph Von Wau Wau (John Lytle) on bass, SG Coolbridge (Phil Oswald) on lead guitar and drummer Dread 'Family Man' Jones (Phil Jones). By the time of this single, they had already had a self-released effort out called "Motor City Fantasy" in 1977, which seems to straddle the pub rock and glam rock divide in a very interesting way, and would follow "White Christmas" with three 45s on Splash Records ("Spotlight", "Stay With Me" and "Judy, Turn Out The Light" respectively).

More recently, Coolbridge was moved to offer the following assessment of this record on the "Isle of Wight Music" website: "I hated the name [Slush] and the whole schtick. A manager dreamt it up and it was him who got us on Magpie. Pretty excruciating, but we met Jenny Hanley and therefore ticked a schoolboy fantasy box, although I'm more of a Val Singleton man myself."

A 2011 compilation of the band's work mopped up most of their released output, but overlooked this single entirely, with the group clearly feeling that it was not worthy of the space.