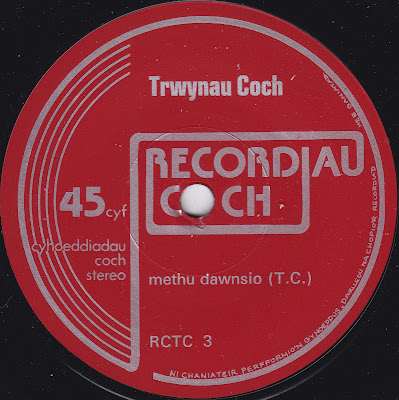 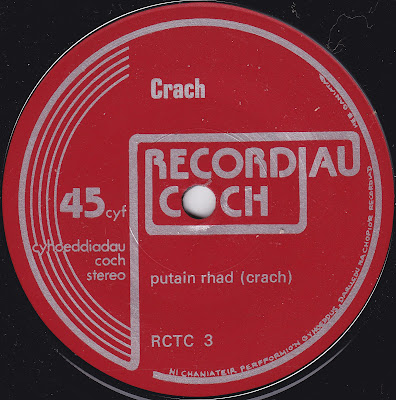 Welsh language folk and prog records from the sixties and seventies are often highly sought-after curios, and that's often not without reason - those performances, while usually only heard on Welsh radio, often deserved a much wider audience. What is perhaps less discussed or explored is the effect that their dominance had on Welsh music as a whole.

Y Trwynau Coch were a Welsh punk group whose style most closely resembled The Jam; in reality, they were a group clearly itching to get closer to old school rock spontaneity rather than delicate harp strumming. The Sex Pistols they were not. However, their debut single, the chirpy "Merched Dan 15" (which translates roughly as "Girls Under 15") was banned from Swansea Sound not for its subject matter, but for the "lack of professionalism" in their delivery. While even Radio One was playing the odd bit of slapdash commercial punk by that point, the media in Wales seemed unmoved by its possible merits.

Such a blackout inevitably fascinated John Peel who immediately began to take an interest in the band and gave them airtime where regional Welsh radio failed. This was a huge shot in the arm and allowed the group to continue releasing their frantic 45s until 1981, before they split. A complete set of their recordings is available on iTunes and other outlets, but you can also hear this track on YouTube, which is a lovely example of a storming punk-mod sound.

Over on the flip sit the rather more obscure Crach, a band who may seem entirely disconnected from Y Trwynau Coch apart from their Welsh heritage, but actually contain a common member in singer-songwriter Huw Chiswell. If Y Trwynau Coch sounded distinctly of their time, Crach leaned more much on spirited pub rock takes of fifties rock and roll. "Putain Rhad" is a prime example of this - all Chuck Berry riffs and high energy quiff-shaking. The back-to-basics approach of both groups shows that the towns and cities of Wales were vibrating with these sounds too, they just got much less UK-wide exposure at the time.