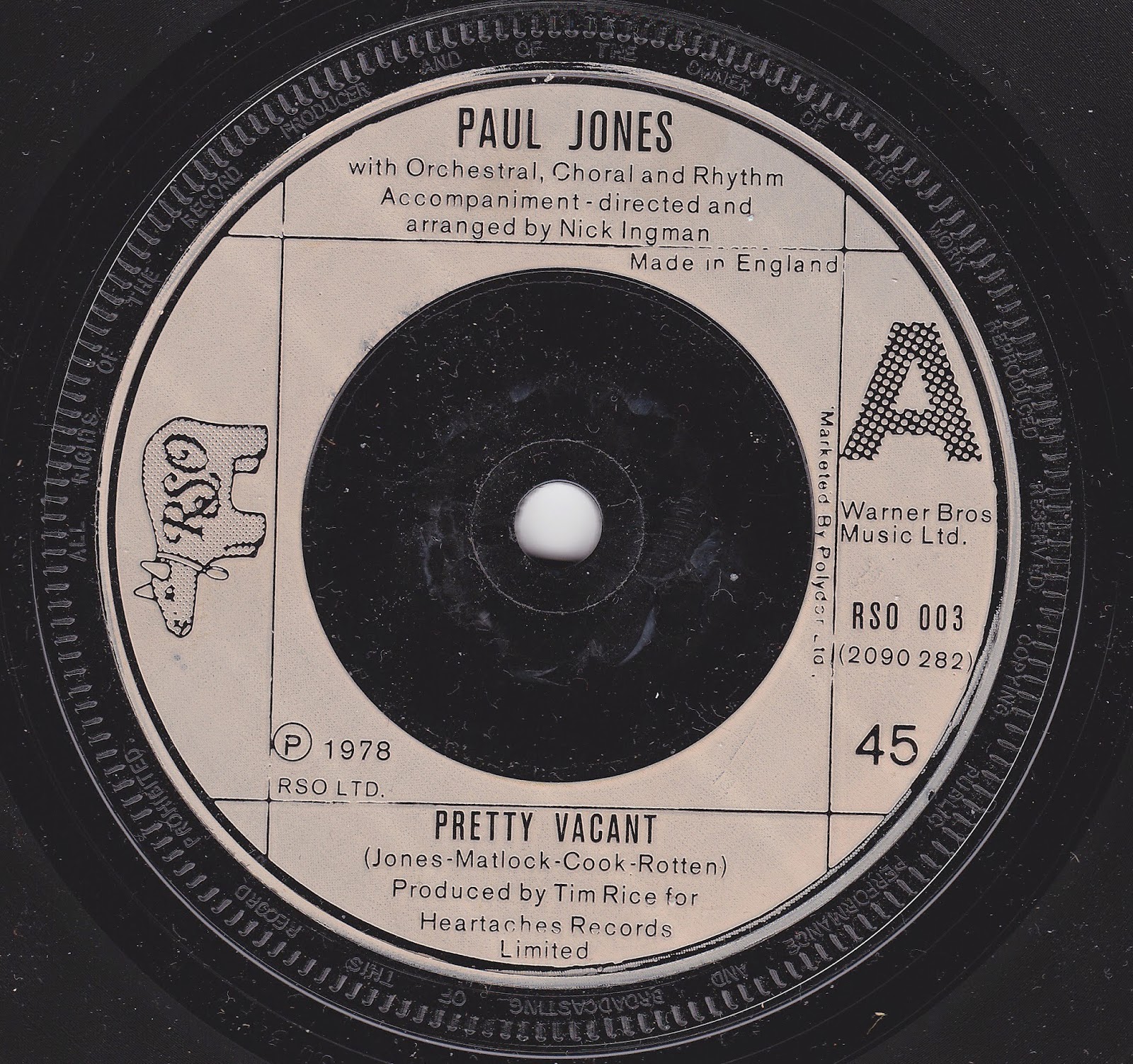 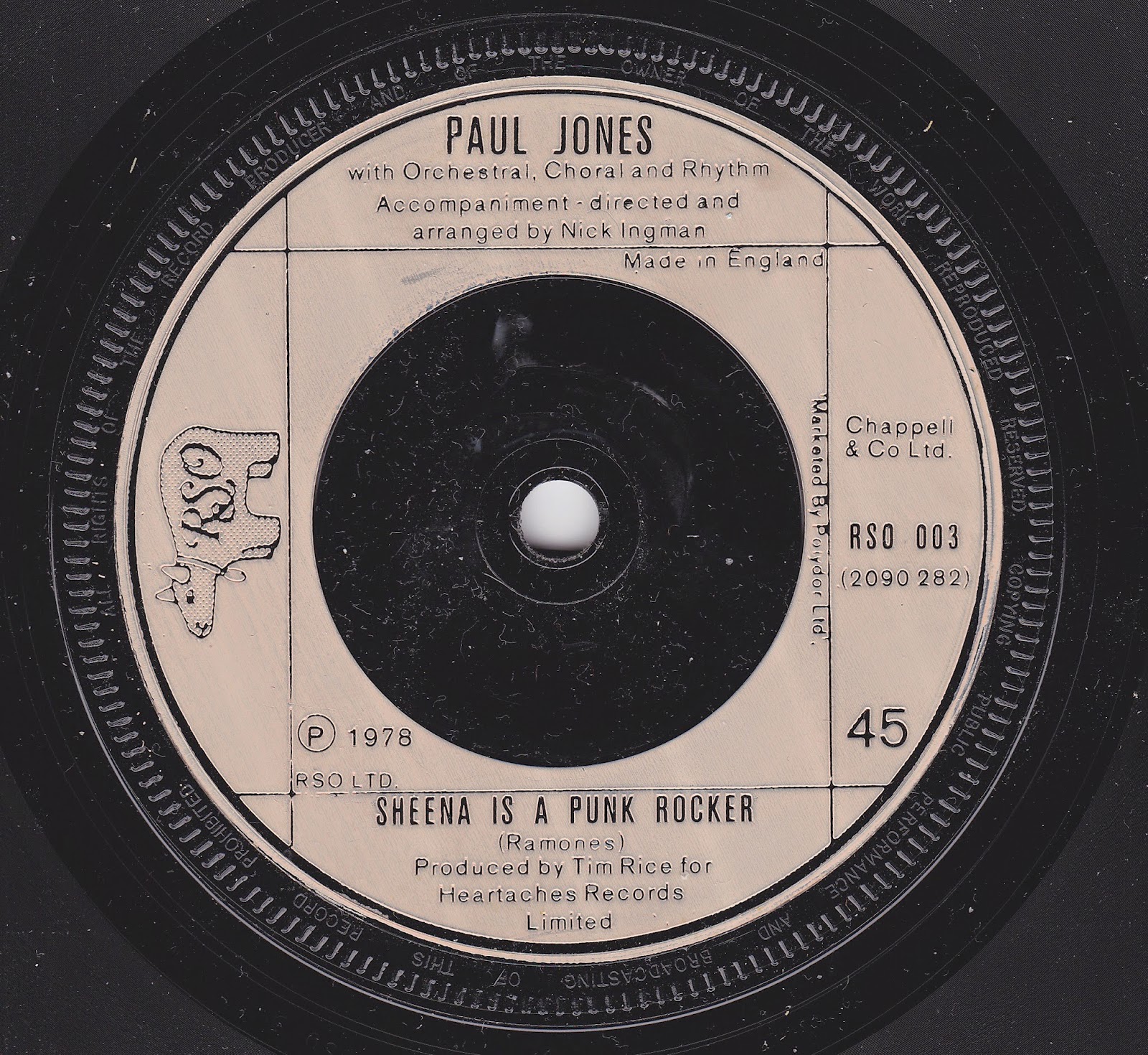 Piss-taking pop parodies have always had a place in musical history. Joke easy-listening/ classical interpretations of hard-edged, sneering rock and roll have existed for just as long as mirth-making aggressive versions of traditionally innocent tracks. Every Oasis has had their Mike Flowers, and every innocent children's show its Dickies. We've found examples of the phenomenon on this blog dating as far back as the early sixties, and I wouldn't be at all surprised to see the practice surviving another fifty years. The very best and very worst jokes are always deathless.

Ex-Manfred Mann member Paul Jones's cover of the Sex Pistols "Pretty Vacant" is, however, so rich in detail that it's one of the most careful jokes ever. With the orchestra whirling into action for the intro, to the smooth, gentle bass sounds throughout, right down to Jones's weary mid-Atlantic vocals (more Jack Jones than Paul Jones, in fact) it finds fluffy levels of detail in the spikiness of the original you'd never have suspected were there. In this sense, what was doubtless supposed to be a very cheeky stab at the Pistols becomes a peculiar compliment - you suddenly appreciate the band's songwriting chops more than you perhaps previously did (not that I ever needed much convincing).


As if to highlight this, the B-side "Sheena Is A Punk Rocker" - flipped to be the A-side on some versions of this single - is altogether less interesting, causing Jones and Tim Rice on production duties to pull humour from as sarcastic a delivery of the lyrics as feasibly possible.

Portsmouth's finest son Paul Jones is no stranger to this blog, of course - we've already referred to him once when writing about the amazing 60s B-side "The Dog Presides".

Thank you so much for these!!!

Great inadvertent tribute to one of the most ridiculous boy-bands ever. Who'd have thought summat so gorgeous could be hewn from a gob of spit?