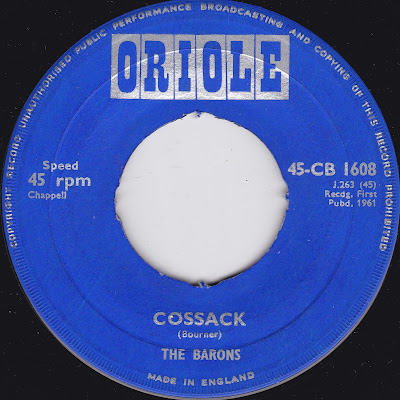 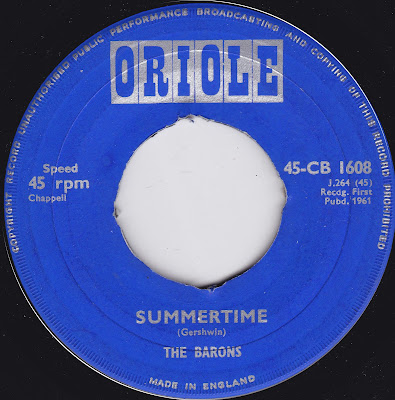 In many ways, it's sad that the concept of instrumental rock bands went from being a common genre with its own NME awards category (though The Shadows always seemed to win) to a notably eccentric anomaly. At some point in the post-Merseybeat early sixties, bands without singers became unhip and unloved, possibly acceptable enough for an end-of-term college dance party or a local bar, but certainly not major careers.

Instrumental pop and rock is, for me at least, often wonderful in that without the distractions of a lead singer's gnashing and moping about lost love, a failure to get laid or the trials and tribulations of being young, you're free to project your own images and ideas on to it. As a result, there are instrumental tracks that remind me of good moments in my life, and occasionally situations with people with whom I either completely lost touch or are no longer with us. For one listener, The Shadows' "Wonderful Land" might be literally about America as the group intended, whereas for another it might end up being about the time they took a road trip to Devon with the partner they later married. Had Hank Marvin sang "America is a wonderful land/ beautiful women and swinging bands" over the top, that attachment to a pivotal memory would possibly be buggered. (Note - he never intended to do this. I'm just making things up to prove a point).

Dartford's The Barons, however, put out two singles on the fascinating Oriole label when instrumental groups were not an endangered species. Both sides of this, and indeed their follow-up 45 "Sumurai", are a lovely listen. There's a strong bass rumble, urgent percussion and a gorgeous twang running right through which proves that even antiquated instro-pop could be, in its own way, a little bit menacing. I'd rather listen to this than an early disc by Gerry and The Pacemakers or Freddie and the Dreamers, anyway.


The group, who began life as The Colin Bourner Skiffle Group, consisted of Colin Bourner (aka Bobby Lee Brown) on lead guitar,  Paul Myers on bass, James Collins on sax, Michael Moore on rhythm and Tony Wayrd on drums.

Sadly, while "Cossack" turns up for sale frequently enough to suggest it didn't sell terribly, "Sumarai" is a bit of an obscurity, and Oriole seemed to give up on the group after it flopped.

Email ThisBlogThis!Share to TwitterShare to FacebookShare to Pinterest
Labels: sixties, The Barons

Unable to log in (even thought it says I am)... hacked off!

That's odd - is anyone else having problems? You shouldn't actually need to log in to download or play the mp3, so if Box is flagging that as a problem, it means there are (likely temporary) issues at their end.