Reupload - J.A. Freedman - Love Got A Mind Of Its Own/ When You Walked Out Of My Life 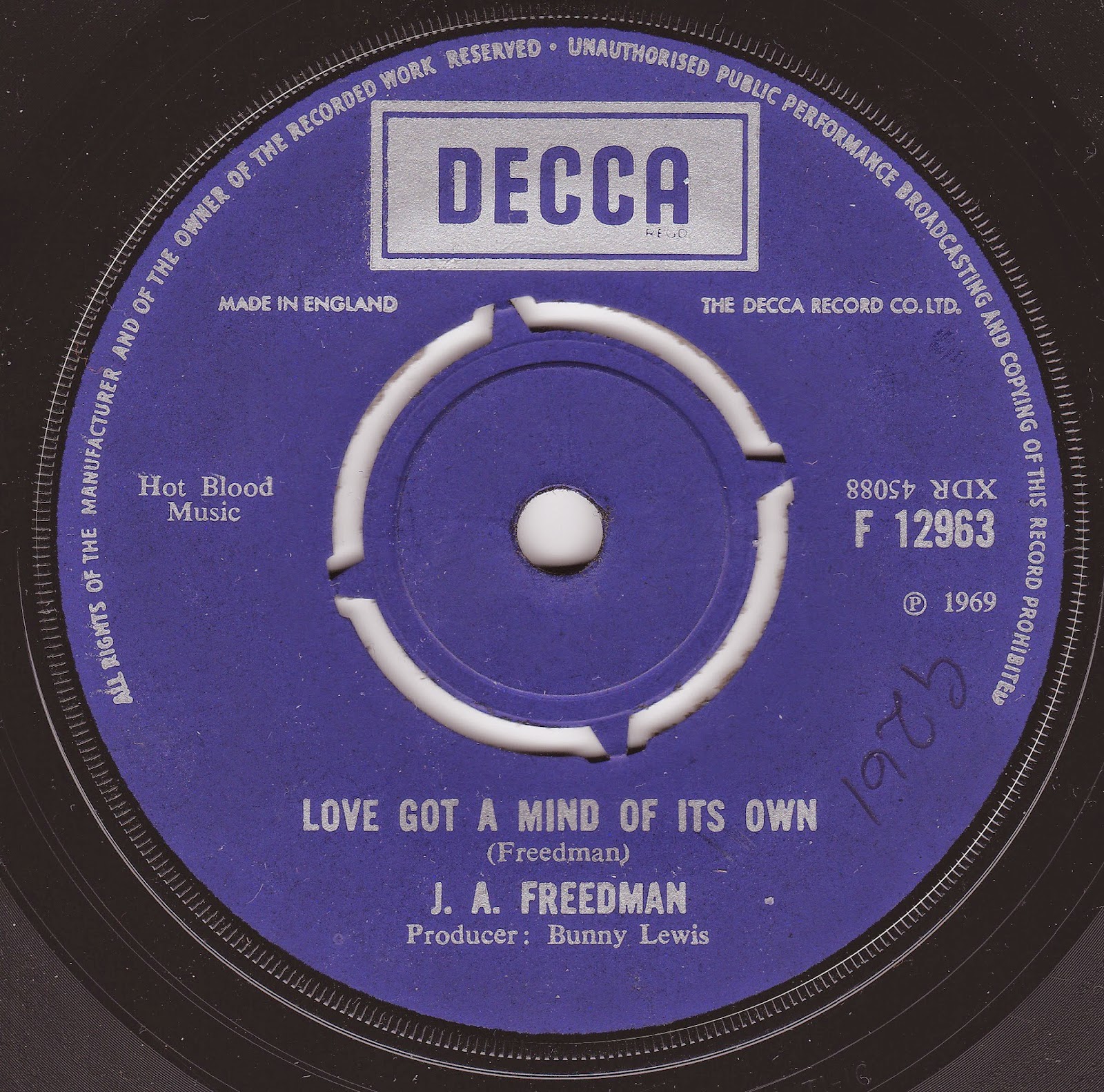 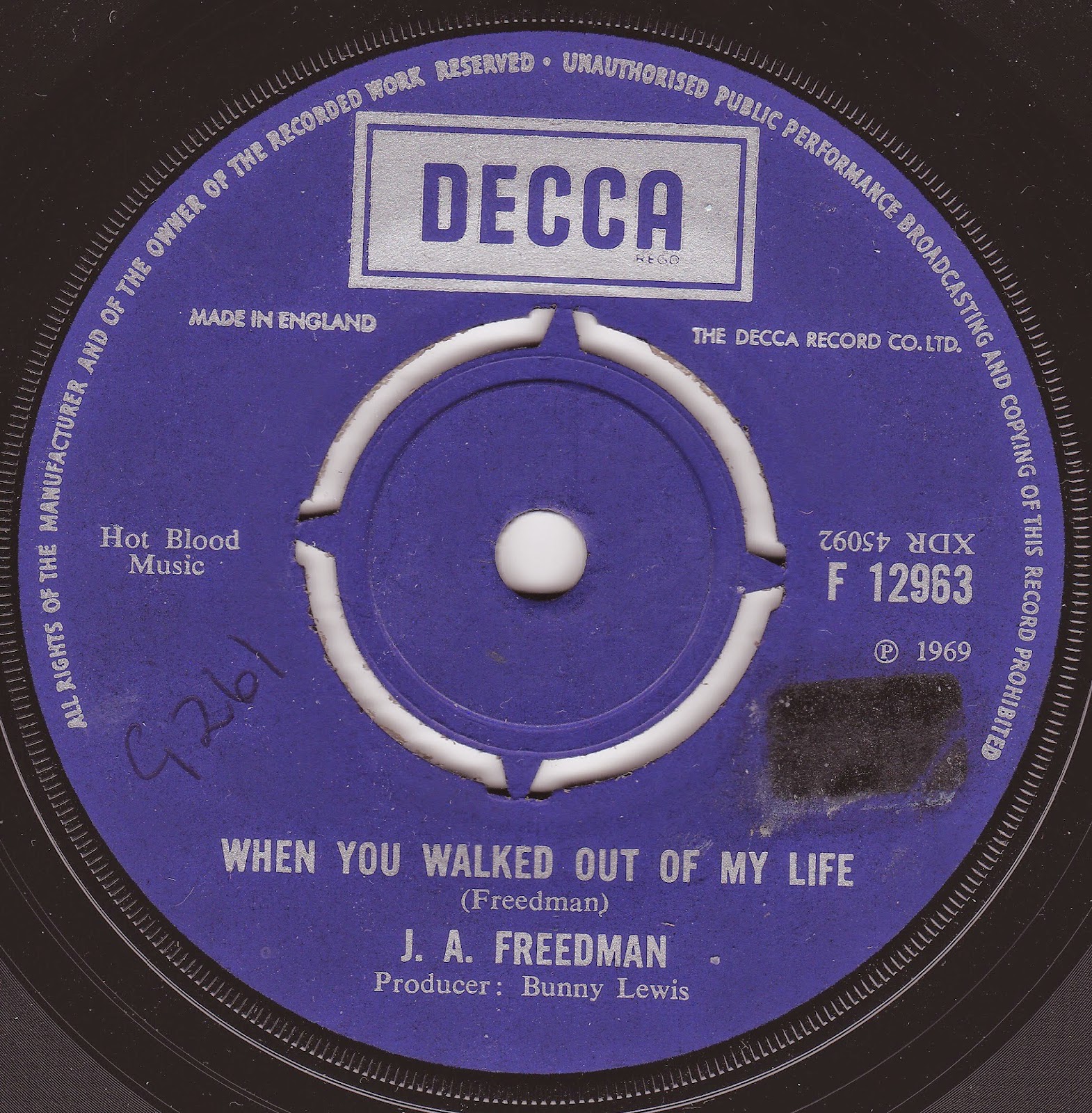 A more recent enthusiastic addition to the list of records known only as "popsike", "Love Got A Mind Of Its Own" is a peculiar yet lovely piece of singer-songcraft to be filed alongside Bill Fay or Nick Garrie. Thudding but minimal basslines connect with a meandering and loping ballad and some powerful vocals, and the effect of the whole is actually pretty marvellous.

However, it's the A-side that really got all the publicity at the time - naturally. "When You Walked Out Of My Life" was the winning entry representing Great Britain at the International Grand Prix RTL Music Competition in 1969, organised by Radio Luxembourg. It's not a patch on its flip, unfortunately, being pretty standard run-of-the-mill balladry, but its not without its fans online.

J.A. Freedman, aka Jules Freedman, issued an album through Decca in the same year entitled "My Name is J.A. Freedman… I Also Sing" which is now often cited as one of the scarcest sixties LPs in that label's catalogue. Featuring top session workers Herbie Flowers, Kenny Clare and Don Lusher, it's apparently hit-and-miss but the hits - such as "Love Got A Mind…" - are strong enough for it to finally see some belated acclaim falling its way and the asking price rising drastically.


No doubt dismayed by the low sales, Decca dropped Freedman not long afterwards, but he reemerged in 1973 with a hat trick of singles on EMI, which also flopped. These days, he works as a guitar tutor in schools in Sutton and Croydon.

(I realise my copy of this is a little rough-sounding - if you require better audio, there a YouTube video available to watch as well).

Email ThisBlogThis!Share to TwitterShare to FacebookShare to Pinterest
Labels: J. A. Freedman, sixties

I'd never heard of The International Grand Prix RTL before. For those who hadn't either, it lasted for four years from 1969-72 and its entrants came from those countries who broadcast Radio Luxembourg (the UK, the Benelux countries, France and Germany). Countries were allowed more than one entry per year, and the UK never had an act finish lower than second in any competition. The UK's other victory was in 1972, with "Mañana" by, of all acts, The Bay City Rollers before they hit paydirt.