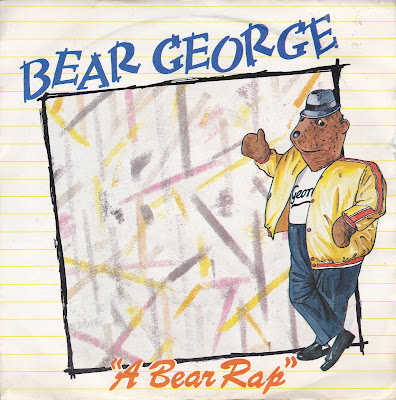 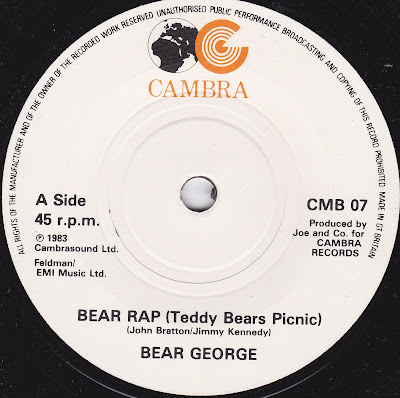 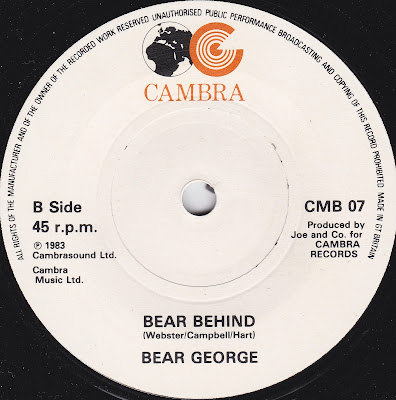 For sweet music... murder the bear

Hofmeister. I bet the mention of that reasonably priced tinned lager brought back some memories for you, eh readers? Only instead of the Proustian rush of delicious "hops" suddenly appearing on your tongue, I expect you probably remember the mystery of cleaning out your fridge and finding a stray can of it at the very back. Perhaps you recall thinking: "How did that get there? Who bought that shit? Was it Rob? Has that been around since last year's party?" before concluding "Well, I'll drink it if it's a Sunday night, all the off licences are shut and I'm desperate, I suppose..." (repeat the cycle again in another nine months time, or sooner depending on your fridge hygiene schedule. My approach is admittedly lax).

I've never met anybody in my life who claimed that Hofmeister was their favourite lager. It generally sat perched among the other weak, pissy budget beers like Skol in the supermarket, and as such was only attractive if you were broke and desperate. The last time I purchased a tin during a rather desperate penny-pinching period, I concluded that if somebody had replaced my lager with some fizzy mineral water topped up with a small drop of amber food colouring, I'd have been none the wiser. I probably would have got just as drunk too. Hofmeister was probably a fair accompaniment to a vindaloo which had fried your tastebuds so much you could no longer recognise what you were drinking, but that's it.

Contrary to popular belief, it also wasn't a German beer, but was brewed by Scottish Courage. Faced with the challenge of trying to make a truly rubbish product appealing to young, gullible drinkers everywhere, Courage did what companies have done for longyears and hired an advertising company to blow their conceptual fairydust on it. Enter John Webster, who had previously directed the Cresta, Smash and Sugar Puffs adverts. In this case he seemingly took some cues from the Honey Monster success and shot the adventures of a woodland bear who had gained a sniff of Hofmeister beer and decided to live a more urban lifestyle as a result.

George The Bear was a strange amalgamation of various aspects of geezer-ish early eighties culture. With a voice like Mike Reid, the jacket of a darts player, the swagger of a wide boy, a pork-pie hat like Mickey Pearce and the casual attire of a football fan dressed up for a night out in the clubs, he ticked all the boxes likely to appeal to men who secretly wanted to be more funny, cocky, confident and impressive than they really were. Adolescents, in other words.

The adverts were a screaming success and enabled Hofmeister to retain its popularity into the nineties, though concerns were eventually raised about the bear's appeal to people well beneath the legal drinking age, and the adverts were eventually banned. As the years moved on, the British palate for beer also became more sophisticated, and even the skintest boozers slyly u-turned on their following of the bear, moving on to richer, stronger lagers instead. It was subsequently discontinued in 2003.

The popularity of the adverts clearly caused someone to believe that there was demand for a bear-fronted single at the time, but "Bear Rap" failed to replicate the campaign's success. Taken away from the Hofmeister brand, you would have hoped the authors of this record would have found time to give him some amusing lines, bizarre situations or inventive banter to get behind, but really they're just a second-division retread of the adverts. The weak chorus, which consists of nothing more than a retooled version of "The Teddy Bear's Picnic", would also probably have had MPs ranting and raving had it actually become a hit single - it now seems to be aiming George towards the under-fives rather than teenage drinkers.

With a song as weak as the lager itself, which the BBC were bound to have been nervous about playlisting due to possible product placement concerns, there was little chance of this hitting big. It's essentially an advert you're paying for the privilege of hearing, with a then-credible Grandmaster Flash styled backing which, at this distance, just makes George The Bear seem like Poochie off "Itchy and Scratchy". He's a marketing person's idea of a "cool dude", a complete anachronism by today's more subtle standards, and it's hard to imagine the millennials getting fooled by this geezer.

The record's appearance on Cambra is also strange. Their main business came from being a budget-priced blank audio and video tape company who also did a competitively priced line in home cassette carousels and tape cleaners and other such hi-fi peripherals. Until learning of the existence of this record, I had no idea they tried to break through as a record label in their own right, though it would seem their attempt was short-lived  - eight 45s were put out, including one by Max Bygraves and an aerobics 45 by Rudy And Rhonda And The Sweat Band. They also spent some of the eighties specialising in budget compilations of middle-of-the-road artists. Their video cassettes were extremely reasonably priced but ultimately prone to fuzzy picture quality and fluttering audio, causing a camcorder buff friend of mine to roll his eyes and snigger "Cambra quality" sarcastically whenever he encountered one of their products. You could argue that they were the "Hofmeister" of their particular market, then.

Following thirteen years of absence from our shelves, Hofmeister was relaunched by Schweiger as a fuller, slow-brewed Bavarian beer in 2016, which now crops up for sale in the UK on import. The whereabouts of George The Bear are less clear, although I wouldn't be surprised to learn that he's the father of these Canadian chaps... and as for Cambra, they seem to have failed to find a place for themselves in the digital age. The world keeps turning and moving on, and often that's not such a bad thing.

I remember the beer but not the record, nobody would drink the beer.

Before you mentioned their background, I thought the label Cambra was a spoof / mickey-take of CAMRA, the Campaign for Real Ale!

Oh good God, can you imagine how riled they'd have been?! It is a neat coincidence, though.

I remember the beer and the record. Sold thousands of cans of the stuff.