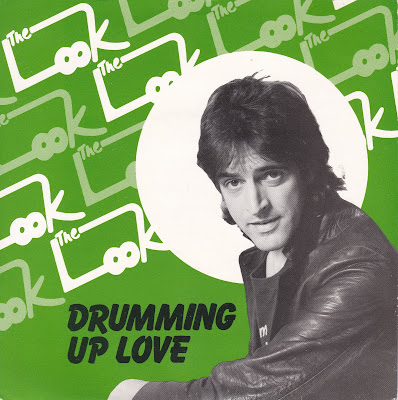 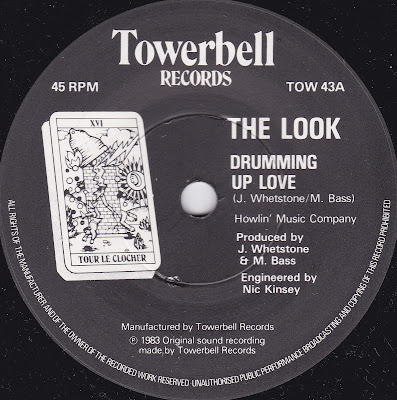 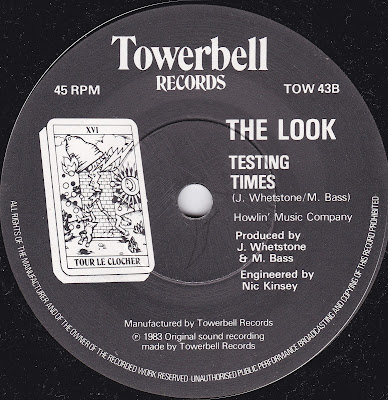 The Look have been treated somewhat shabbily over the years. Their name tends to prompt the reflex response of "Eighties one-hit wonders!", and among the most discerning - or perhaps I should say snobbish - punters there's also a tendency to regard them as plastic mod revivalists.

First things first. "I Am The Beat" may have been their only significant hit ("Feeding Time" nudged number 50), but what a hit. Powered by that stomach punch of a drumbeat and one of the sharpest, simplest and catchiest organ riffs of the era, it's far stronger than the efforts of many of the New Wave groups and sixties revivalists they were occasionally compared to. As unashamed crowd pleasers go, it's up there with "Mony Mony" and "Brown Sugar" to my ears, only I tend to actually want to hear "I Am The Beat" more often.

Formerly known as The Kreed, The Ely group were initially signed to MCA in 1980 on a dubious "suck it and see" deal where the label pushed out a single or two to see how they fared, before deciding whether they were prepared to make a longer-term commitment. This wasn't uncommon practice at the time, and usually didn't bode well for a group - if the label lacked enough faith to commit to even one album, it was usually a sign that the band in question were not held in particularly strong esteem in the A&R department, and could find themselves pushed to one side in favour of other acts with bigger money and longer term plans behind them.

So it seemed for The Look at the time. Radio One fairly quickly picked up on the single, but MCA didn't begin to push the record hard until Simon Bates directly named the Managing Director live on air and told him to "get your finger out and promote this record - we're playing it up here and you've got a hit on your hands" (who would have thought Batesy could be so masterly and forceful about the fate of a new band?). It finally entered the Top 40 in the harsh January of 1981, and had risen to the number 6 spot by the end of the month, causing the group to begin to make regular appearances on the likes of "Top of the Pops", "Cheggars Plays Pop" and "Tiswas", lead singer Jonny Whetstone's mulleted, pleased-as-punch face peering through television screens the length and breadth of the land.

Further singles from the group resulted in greatly diminishing returns, however. Descriptions of the period would seem to suggest that MCA mishandled the act, resulting in some rush-recorded but actually rather under-rated singles and an "over-produced" LP ("The Look") which was released long after the momentum of "I Am The Beat" had passed. By 1982, a mere year after scoring a top ten hit, they had been dropped by the label and - despite being a popular draw on the UK gig circuit -struggled to get any interest from the other majors.

Enter the PRT affiliated independent label Towerbell in 1983, home to hit-makers Joe Fagin, Natasha (of "Iko Iko" fame), Nils Lofgren and Shirley Bassey - possibly not the most credible outfit to be associated with, but a reasonable port in a storm. "Drumming Up Love" was the only single to be released from that relationship, and it's a sturdy offering in itself. Filled with the group's usual barnstorming riffs and hooks, it even displays a rawness and energy somewhat lacking in a few of their MCA releases, almost as if the lower budget did them all good.

Sadly, the record sold disappointingly, and the group were offered no further opportunities from the label. The band have claimed that they went to the offices for a meeting only to find the premises "boarded up", which is interesting as while Towerbell definitely did cease trading in 1986, that's some time after this single's failure and presumably long after The Look originally split. We can only assume that Towerbell moved premises and failed to pick up the option to release any more of the band's work in the process, leaving the bemused group "waiting in reception" as they say in the music biz, only in a most chilly, unusual and undignified way.


The band unexpectedly reformed in 2005 with the rather good new LP "Pop Yowlin'", which featured a spruced up and far better version of the B-side here, as well as featuring "I Am The Beat" as a bonus track. As strange as it may seem, for fans of the original Look sound it's probably a better buy than their 1981 debut LP. 2013 also saw the release of the more rounded and ambitious third album "Tunes and Stories", which is probably the late flowering group's finest long playing work.

They appear to have been lying low since, but I do hope they dust off their gear and treat us to some more recordings and live shows soon. At best, they may eventually be more broadly recognised as a group who have far much more to offer than their one large hit, and at worst, there's an eighties revival circuit out there which offers just financial rewards and must surely have space for them. Take a look at their last single "Made It All" and remind yourself of the fact that not all groups deteriorate with age - some actually find their feet.

Email ThisBlogThis!Share to TwitterShare to FacebookShare to Pinterest
Labels: eighties, The Look