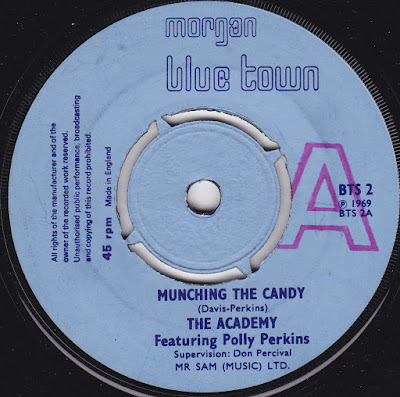 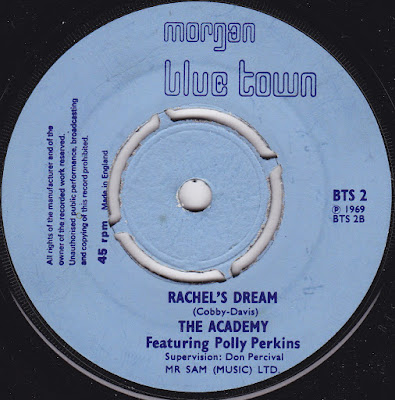 Life wasn't easy for independent labels in the sixties, and Morgan was no exception. Constantly dealing with shambolic distribution networks, very few of them scored hits. President Records broke the mould in the later part of the decade, but Joe Meek's struggles with Triumph and the financial struggles experienced by Strike Records spoke volumes about the hurdles many truly independent businesses had to deal with.

Far from being just an independent label, though, Morgan was also a large and well-respected recording studio in North London, with an in-house session team of musicians and songwriters who regularly bypassed the Morgan label and licensed their product to majors (The Smoke's "My Friend Jack" probably being the most famous example). The best Morgan recordings, such as those by The Smoke, Bobak Jons Malone and Fortes Mentum, were compiled on a superb Sanctuary Records release called "House of Many Windows" some years ago. This is now out-of-print, but copies are well worth tracking down - the team had developed a distinctive and actually incredibly agreeable sound by the late sixties, filled with tricksy and classical inspired arrangements, a low-end bass fuzz, and peculiar woozy but nonetheless poppy psychedelia. Whereas a lot of other psychedelic pop of the period sounded like the melodic equivalent of cheap Christmas cracker toys, Morgan took their mission seriously - in anyone else's hands, a track like Fortes Mentum's "Saga of a Wrinkled Man" would have possibly sounded cheap and nasty. Not for no reason did one prominent Morgan man Will Malone go on to become the arranger for The Verve in the nineties (and it is just about possible to hear the similarities if you really try).

Morgan Blue Town was an incredibly short-lived offshoot of the main label which attempted to reposition their product in a more progressive vain, appealing to the hippy and student markets. Any recordings on the label tend to be hopelessly scarce now, including this single by actress, Ready Steady Go compere and singer Polly Perkins.

This is actually a somewhat threadbare inclusion to their usually heavily produced catalogue. Polly Perkins had failed to score any hit singles in her music career, but was nonetheless a "known name" at this point who had already put out some commercial sounding grooves - so her sudden shift to progressive sounding music must have seemed bizarre at the time, a bit like Twinkle suddenly going a bit way-out and boarding the weed bus to rural Cambridgeshire. Nonetheless, "Munching The Candy" is a very folky, campfire effort which nods and winks in the direction of naughty drug-taking behaviour. "Rachel's Dream", on the other hand, is a rather more epic B-side which considers the plight of the Jewish people. No, really.

Like everything else on the label, it failed miserably. Polly only issued one other single in its wake, 1973's "Coochi Coo" on Chapter 21 Records, and seemed to focus more on her acting career afterwards. Perhaps that was the right decision. Between 2011-12 she scored a job on "Eastenders" as Dot Cotton's estranged sister Rose, and had numerous other jobs on the go in the run-up to that moment. While there's nothing wrong with her musical output, it certainly seems as if her strengths lay in theatre and screen work. For the rest of us, however, this single will always feel slightly like Dot Cotton's sister singing about a "hole in my head" where "the light's shining in" while a flute puffs in the background. And that's something that stays with you. Honestly, you'd have thought Dot had enough to deal with having Nick in the family.

The Academy and Polly Perkins also put out an album entitled "Pop-Lore According To The Academy" in 1969 which failed to do much business but was recently reissued to some fanfare.

Let not forget that Polly Perkins had that big role in that infamous BBC flop Eldorado, long before EastEnders.

And her character was a singer, Trish.