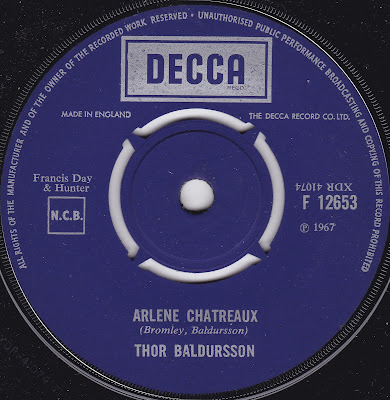 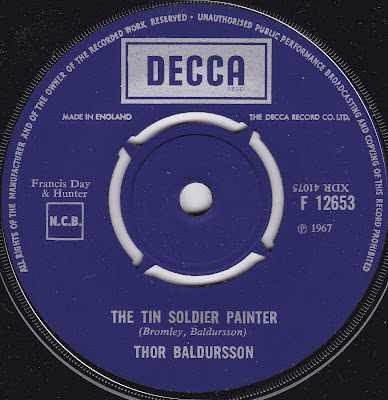 While Iceland is arguably one of the most culturally engaged nations in Europe (possibly even on Earth?) with its absurdly high literacy levels, enviable number of writers and artists, and thousands of all-round general everyday dabblers, their music hasn't always exported well. Prior to Bjork and The Sugarcubes in 1987, and bands and artists like Bellatrix, Sigur Ros, GusGus and Mum who rushed through once they pushed through the bracken, there was... not much that sold outside the country's borders, actually. Thor's Hammer went through a period of producing some fantastic mod-pop barnstormers in the mid-to-late sixties which really should have sold well in the UK, but the fact they were never officially released here put paid to that.

That wasn't true of all Iceland's performers, though. Thor Baldursson couldn't have been less like those Nordic purveyors of Freakbeat, and had a much more subtle, threadbare, contemplative folky take on the world. Perhaps this gentleness made him seem like a safer proposition for Decca, who issued this, his solitary British 45.

The flipside has started to generate a bit of interest among psychedelic collectors for its "popsike" subject matter and qualities. Sure enough, "The Tin Soldier Painter" ticks most of the toytown bingo boxes, lyrically referencing childish hobbies, organ grinders, and strange men with bric-a-brac shops. The fey, gentle, cheery melody is also undercut with a faint sense of mournful doubt as well, which is another definite plus. Overall, though, Thor's delivery is too deep, gravelly and sincere to completely place it in the middle of a technicolour village fete or fayre.

I actually prefer the rather more ignored A-side "Arlene Chatreaux" which is a pretty, well-arranged ballad Thor handles with the right degree of subtlety and charm. Far too threadbare and seriously folky to chart, its lain neglected for a bit too long. At some moments, the orchestration lends the track a feel not entirely dissimilar to early Nick Drake, which is a serious plus point.


While his British career stalled when this record flopped, he eventually worked as a session musician with Giorgio Moroder and Donna Summer, and released a number of records globally, including some jazzy electronic works in Australia, and albums in his own country besides. All a far cry from this loveliness, but a reminder that behind the most basic one-off flop 45s often lie much richer careers.

Previews below frozen like ice? Go straight to Box to listen to them.