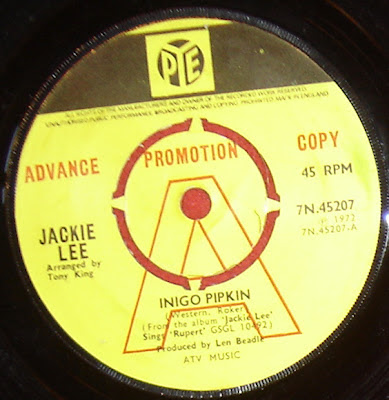 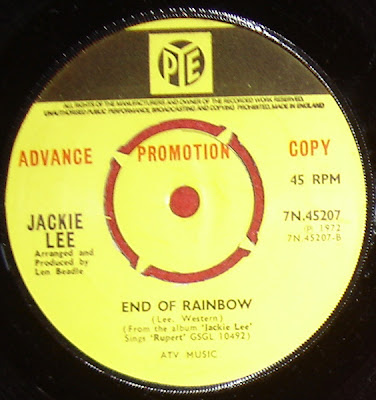 Ah, memories. If you grew up in Britain in the seventies, television was a wonderful thing in the early and late afternoon, crammed with shows whose appeal has yet to completely wane. From the sheer animated eccentricity of "The Magic Roundabout" through to the outer space freaky Socialist moon creature whimsy of "The Clangers", and on to the rather more socially aware "Paddington Bear", it's impossible not to talk about these shows without getting wistful and dreamy. Filled with knowing jokey nods to the adults in the room, the overall concept seemed to be about family viewing, rather than simply sitting children down in front of the television by themselves.

"Inigo Pipkin" - or "Pipkins" as it became known by the time I was aware of it - was actually my favourite programme as a toddler. If forced to articulate the reasons now I'm not sure I could tell you why. I wasn't really capable of intellectualising why the content of "Pipkins" was superior to "Rainbow" back then, and if you'd ask me I'd probably have said something about some of the puppets being funny. Love it I did, though, and as an adult viewer now the show has obviously taken on added dimensions. I wouldn't have known what "camp" was as a four year old, much less been able to tell you that's what Hartley Hare was, and nor would I have appeciated the fact that the puppets were rather moth-eaten beasts, a fact numerous YouTube commenters have since leapt up to point out.

The theme tune was ace as well, being a thing of popsike wonder, all close vocal harmonies and soaring melodies dedicated to a "puppet maker man". The perfect introduction to the rather gentle, cosy nature of the programme, it made you feel as if you were entering a safe world where eccentric old men could make a living owning a shop which purely sold tatty puppet animals to local children. Ah, those were the days. But those days never really existed.

Jackie Lee's single version of "Inigo Pipkin" is significantly different from the television theme tune, sadly. Here she seems to have gone for a little bit of a reggae lilt, which is a bit silly given that the show couldn't have been less Jamaican or urban. It's impossible to destroy the track's charm's completely, though, and its original intentions shine through.

The B-side "End Of Rainbow" is also taken from her "Rupert The Bear" album, and is an incredibly sweet, beautifully sung yet matter-of-fact meditation on the wonders of the human imagination and its power over the problems of the day. "The world is full of cruel reality/ and people losing all their sanity" she sings honestly - steady on Jackie, there are children in the room who know nothing about breakdowns.

As for the lady herself, she was born in Ireland and had a long recording career throughout the sixties and seventies, popping out a number of singles which are now seen as mod classics. She is perhaps most famed for her television and advert theme work, but there's little doubt in my mind that she could and should have been a much bigger star. "I Gotta Be With You", issued under the name Emma Rede, has since become a Northern Soul favourite and is proof of a huge talent.

Good point, I should have found time to talk about that hit, and also the "Rupert The Bear" theme - this entry does make her sound like an unsuccesful artist, which of course she wasn't!