Jasmin-T - Some Other Guy/ Evening 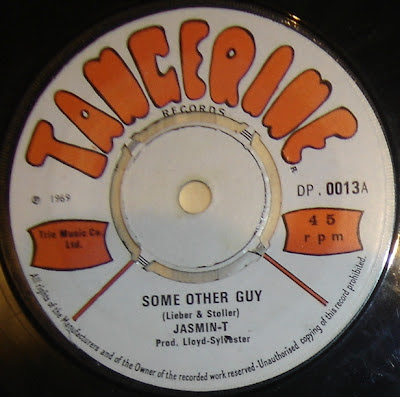 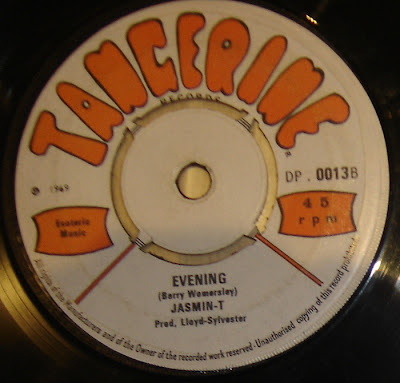 This particular single has found huge favour with various mod DJs over the last few years, to the extent that the bidding price for a copy in near mint condition has gone berserk - apparently one recently sold for £100.  Such is the desperation some people have to plug their collections with fresh-sounding vintage beats.

"Some Other Guy" is actually a pretty nifty cover of the Lieber and Stoller composition which starts off incredibly confidently with an addictive and dancefloor-friendly backbeat, all topped off with a puffing flute (puffing flutes on records seem to have been quite in vogue throughout 1969).  It doesn't really develop much beyond that initial first minute, however, which prevents the track from truly soaring into the heights it perhaps potentially could.  The flipside "Evening", on the other hand, is a fairly straightforward moody, bluesy ballad.

The identity of Jasmin-T has been a mystery to collectors for some time now, but apparently they were based in Liverpool and consisted of Brent "Lightbulb" Pickthall on bass guitar, Alan Menzies on drums, and George Eccles on lead guitar.  The band spent some time on the continent, in particular Italy where they were most popular, and played their last gig in 1976.  This scanty information is absolutely all I've managed to dig up online, so if anyone else is capable of filling in any of the blanks please do get in touch.

Big Al and Lightbulb are ok and are now The Bootles, all info on google , youtube etc.The Bootles are THE best Beatles tribute band in Europe