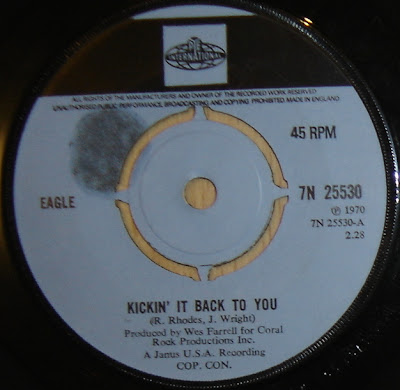 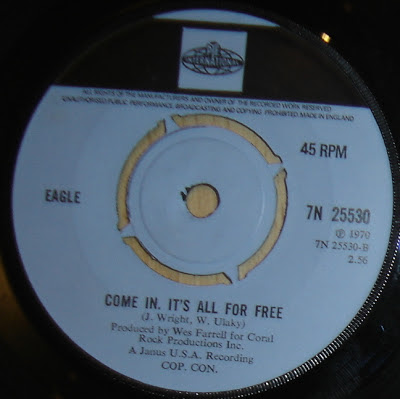 Boston's Beacon Street Union are old friends of this blog, actually being one of the first American psychedelic/ underground acts we covered in 2008.  Arty and odd to the last, they're an example of one band (among many) you can wave around when your most boring friends waffle on about only being interested in The Velvet Underground or The Doors where "challenging" sixties American rock music is concerned.  Coming up with sinister, chilling singles about inner-city paranoia and bizarre, jittery songs that chimed in at either excessive or minimal lengths, they have failed to retain the levels of cultish appreciation they enjoyed at their height.  Sometimes they crossed the line, tried too hard and made themselves sound slightly silly - but that still makes them preferable to all manner of other acts who used the late sixties as an excuse to don some paisley shirts and stick some swirly sound effects over bog-standard pieces of pop.

After the failure of their second album "The Clown Died In Marvin Gardens" to have any impact outside their fanbase, guitarist and vocalist Paul Tartachny left the group, leaving the rest to decide to carry on under the name Eagle.  Much of their output from that period seems less angular and altogether harder and more abrasive, but - certainly in the case of the two sides on offer here - it's still thrilling despite that.  "Kickin' It Back To You" is a killer A-side which, despite bearing a faint resemblance to The Rolling Stones' "Gimme Shelter", actually enjoyed some plays on the Northern Soul circuit. All horns and soulful backing vocals combined with garagey sneers, it's the absolute best of both worlds, Wigan Casino colliding with a lost Nugget at a party everyone can enjoy.  Radio Luxembourg apparently had this at the top of their playlist for some time, but that didn't translate into sales in the UK, and nor did it really take off in their home country either.

If that weren't enough, the B-side "Come In, It's All For Free" dispenses with the boogie and is a furious, spittle-filled garage rocker with lyrics seemingly focusing angrily on people who refuse to accept hippy ideologies.  Whilst we as listeners can appreciate the message, sonically it's a very late punker (this kind of sound wasn't all that common in 1970).  Still, it's a gem of a flip which has perhaps been rather too buried over the years.

After Eagle's album "Come Under Nancy's Tent" failed to register with US audiences, it would seem that the band gave up entirely.  It's at this point that I have to confess I haven't heard all of that record, but I will be keeping a very close eye out for a copy.