Brotherly Lovers - If You Need A Love Song/ Our Favourite Hill 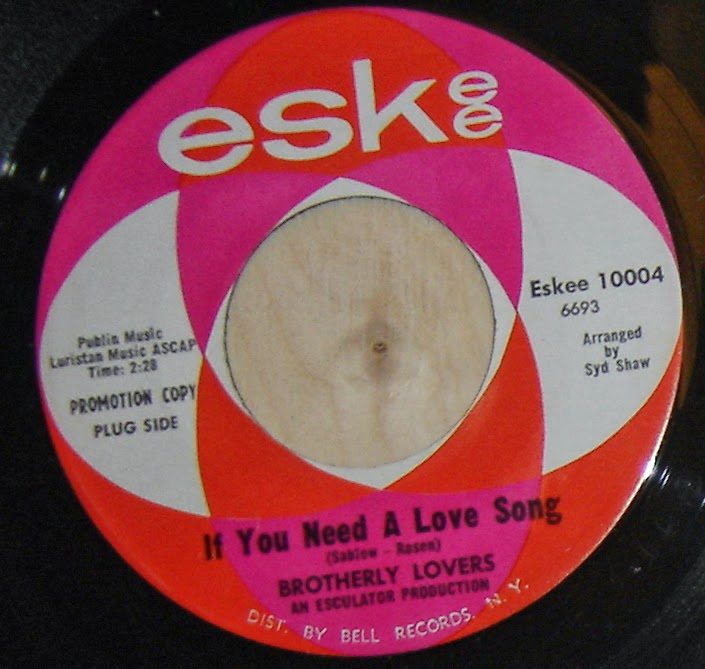 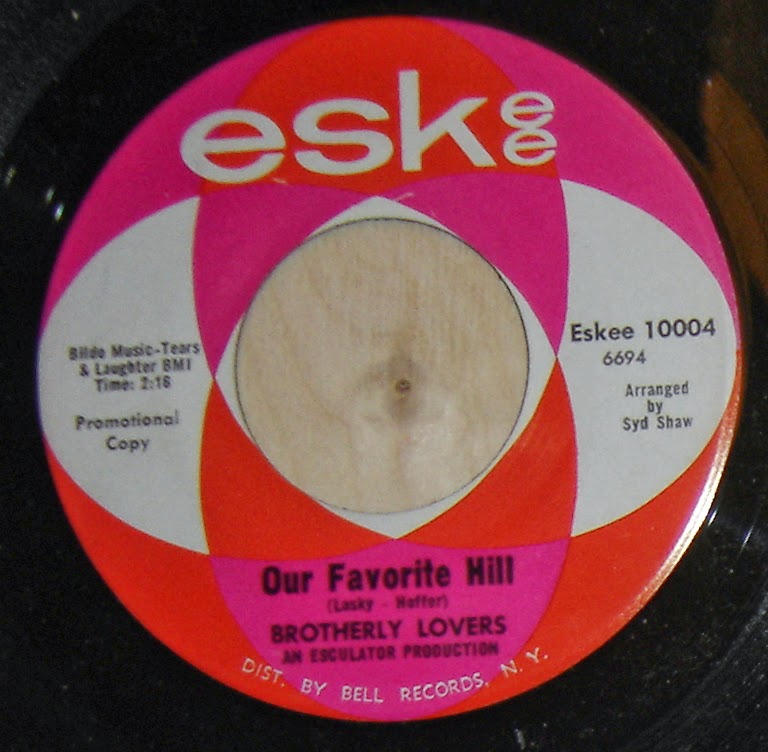 Brotherly Lovers are responsible for a garage track called "Was A Lie" which has been talked about enthusiastically online for awhile now. Rough and imperfect, it sounds as if was recorded for a few cents, and even they were probably fed into the electricity meter just to keep the session going.  Like so much of its ilk, though, it possesses a charm that some contemporary hits of the time lacked.

Far less has been written about its follow-up "If You Need A Love Song", despite - or perhaps because of - the fact that this seems to be the release where Brotherly Lovers had smoothed off some of the rough edges. Sounding less buzzsaw and agitated in approach and more akin to an aspiring folk-rock group, it showcases gentle vocal harmonies and a slightly melancholy but jingle-jangle melody. Still, though, there's a brittleness and punkish naiveté to the delivery which clearly indicates that this is still a low-budget affair, like a DIY eighties indie take on The Byrds as opposed to the polished Columbia Records deal.

Hailing from Queens in New York, Brotherly Lovers released "What A Lie" in 1966 and also acted as Lesley Gore's backing band for her West Coast tour at around the same time. Consisting of singer, guitarist and sometime actor George Grant, lead guitarist Mike Ginex, bassist Ray Stankes, and Richie Lexton on drums, the group toured with Gore for a large portion of the year and even appeared on an episode of "Shindig" with her, but none of it ultimately led to a significant increase in record sales.  They were also apparently among the many unlucky people who auditioned to become "The Monkees", meaning that in an alternative universe somewhere this group recorded "I'm A Believer".

George Grant later went on to become a producer and writer of TV and radio jingles - the whereabouts of the rest is less clear. If you know anything more, please leave a comment or drop me a line.

Meanwhile, the New York label Eskee was a very short-lived affair indeed, seemingly managing to conduct business for just under a year before giving up, but during its lifespan it did at least launch The Jelly Beans record "You Don't Mean Me No Good" into the world, which later became a much-loved Northern Soul spin.