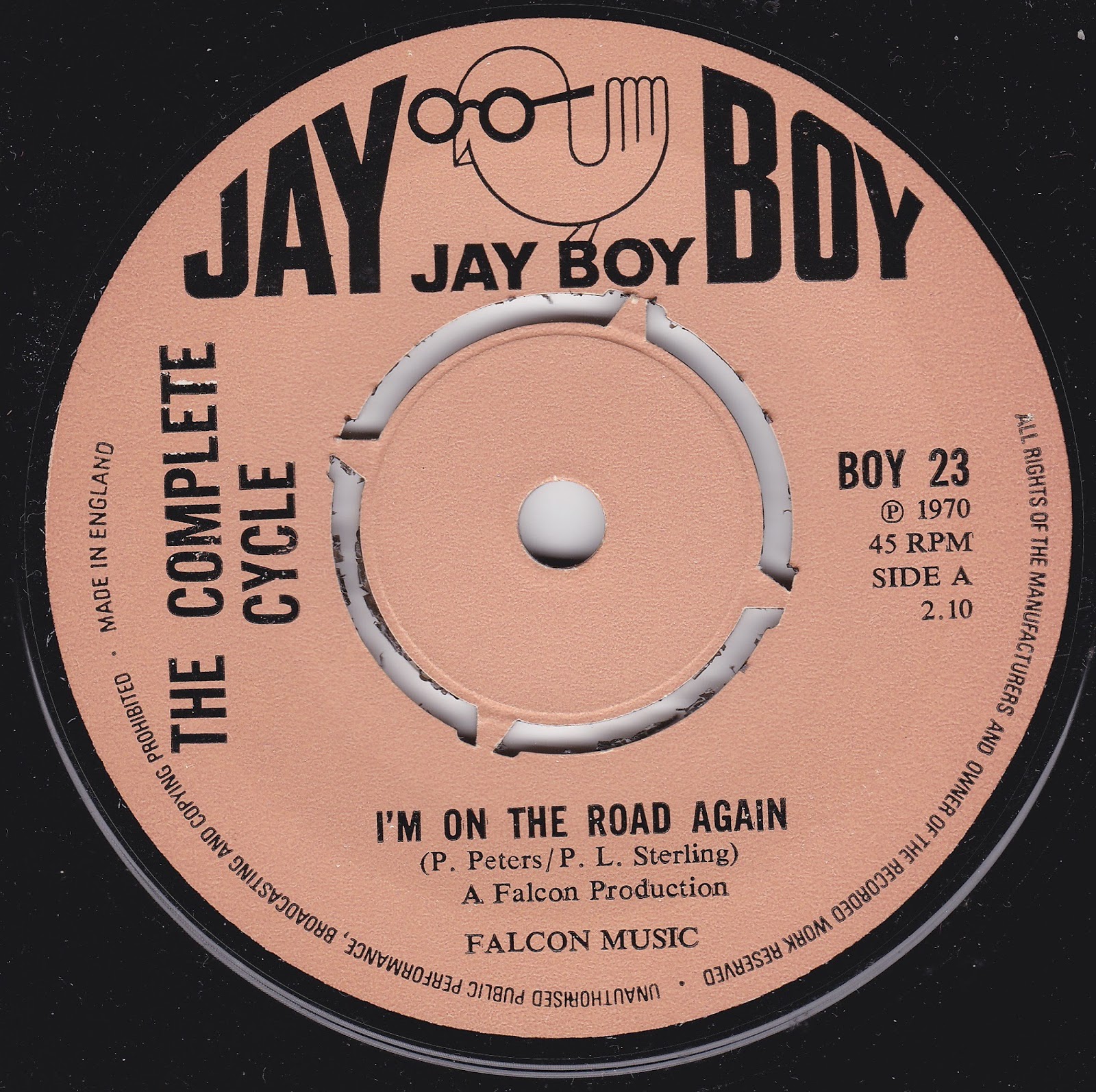 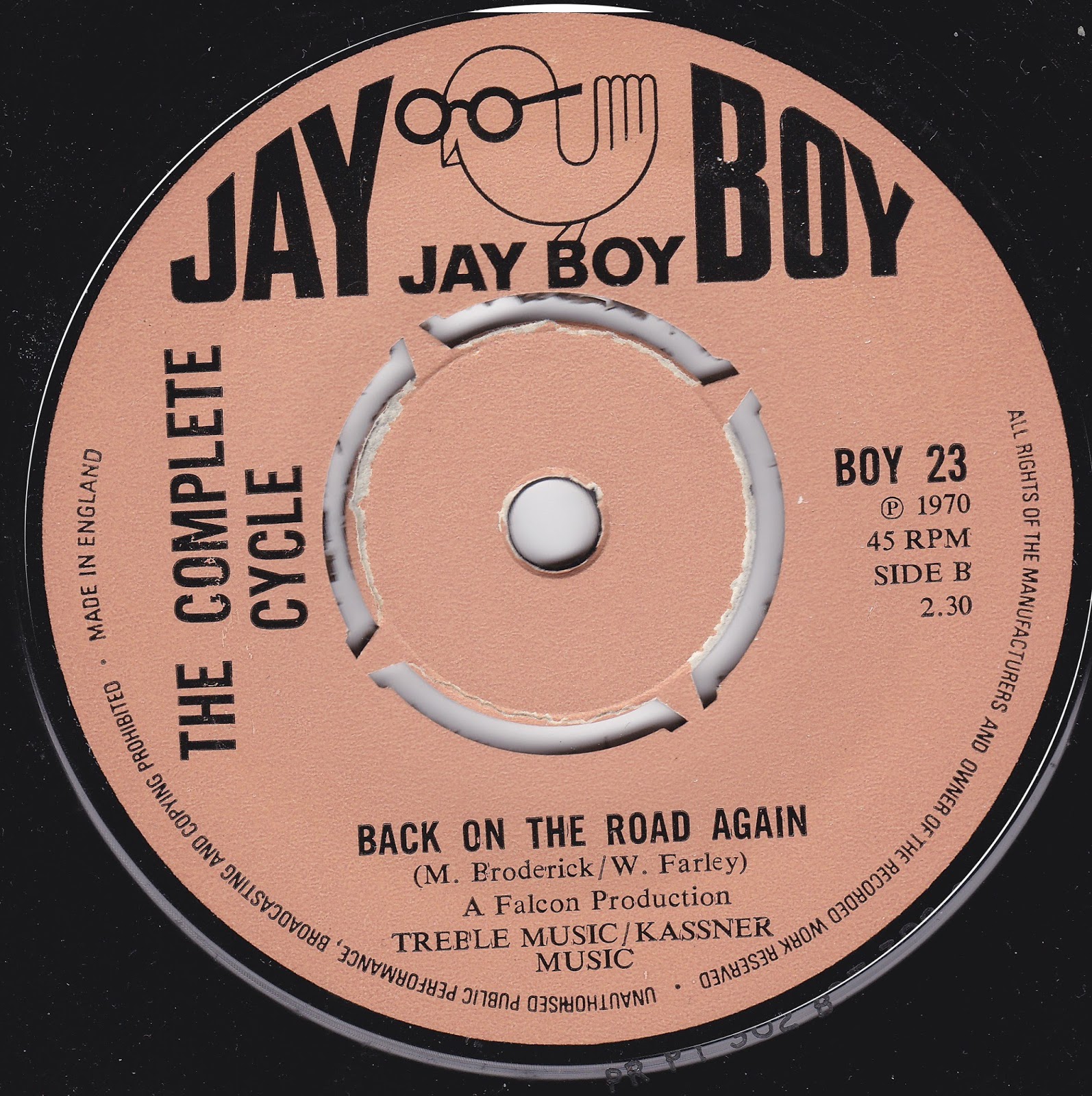 Peter Lee Stirling is one of pop music's more prolific but strangely under sung characters. A songwriter throughout the sixties for artists such as The Merseys, Kathy Kirby and Dave Dee as well as being a performer in his own right under his own name and in groups such as Peter Lee Stirling and The Bruisers, he's left a faint scuff on sixties culture without many people noticing.

He achieves a songwriting credit for the top side here, "I'm On The Road Again". The Compete Cycle only released this single, and it's difficult to state with any authority whether or not they were a studio group led by Stirling or a going concern who were simply donated a tune of his. Whatever, it's a gravelly, rugged piece of country-tinged rock which seems to be taking its cues from the dominant CCR-styled sounds of the new decade, reeking rather of Jack Daniels and Coke. It's not the finest example of its genre and its easy to understand how it's largely been ignored by collectors and DJs, but lovers of early seventies faux-Americana will probably find quite a bit to enjoy here.

As for our good friend Peter Lee Stirling, a couple of years after this flopped he changed his stage name to Daniel Boone and racked up a notable international hit with "Beautiful Sunday", which despite only reaching number 21 in the British charts became an enormous hit elsewhere, selling two million copies in Japan alone. He also picked up a "most likeable singer" award from Rolling Stone magazine in the USA.

If anyone has any information on The Complete Cycle, let me know. I strongly suspect they may have operated independently of Stirling, but there's no concrete proof and it's really only a hunch I have.

Can't add anything to the details of this disc....however, can tell you that it was on the playlist at R.N.I in 1971 where I heard it on many occasions

I've often thought it would be useful if I actually knew what the playlists of some of the pirates were. I've often suspected that some of these singles were heard more widely at one point, but there are very few ways of proving it (Radio London's "Top 40" aside).