The Vejtables - The Last Thing On My Mind/ Mansion Of Tears 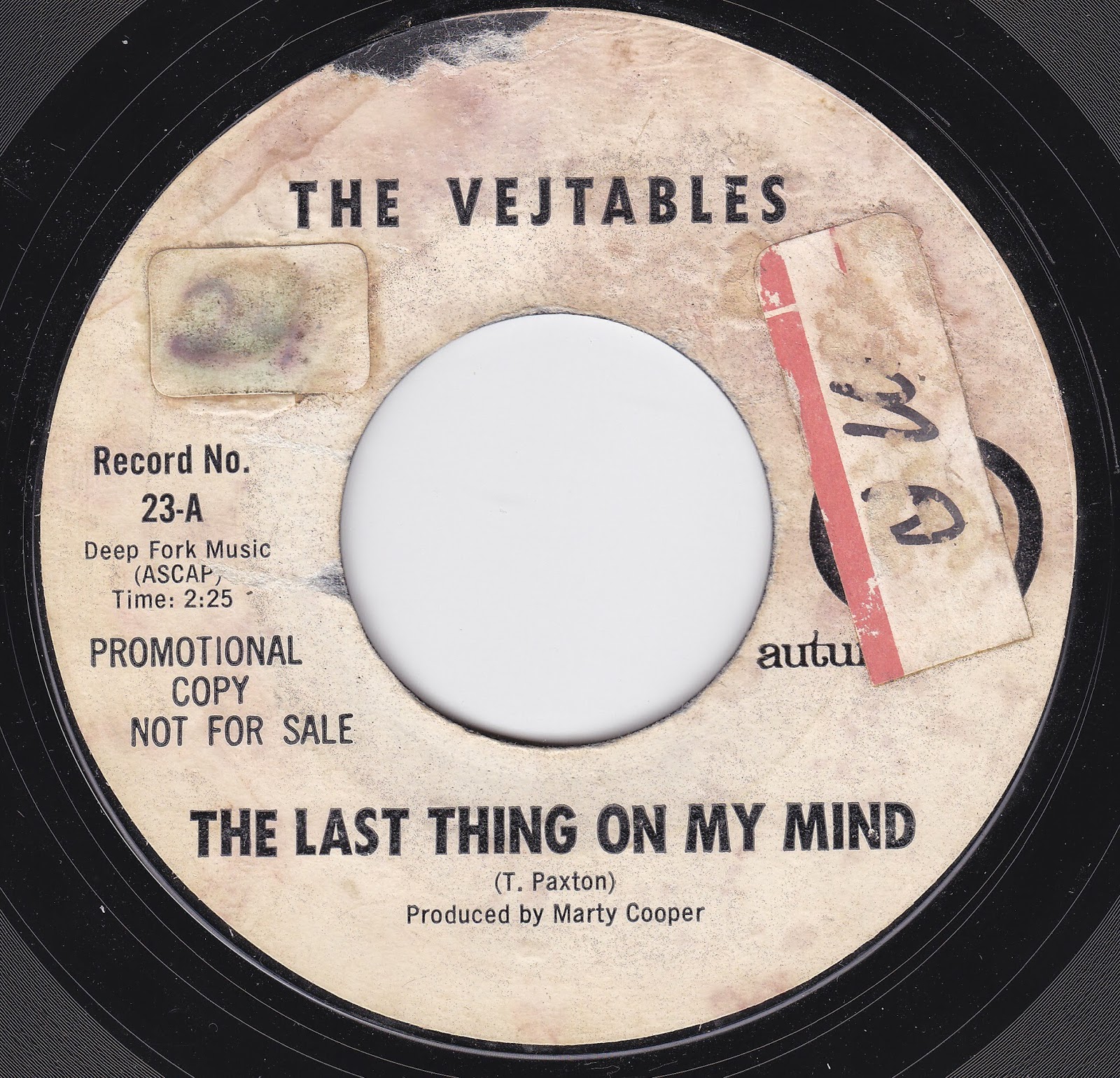 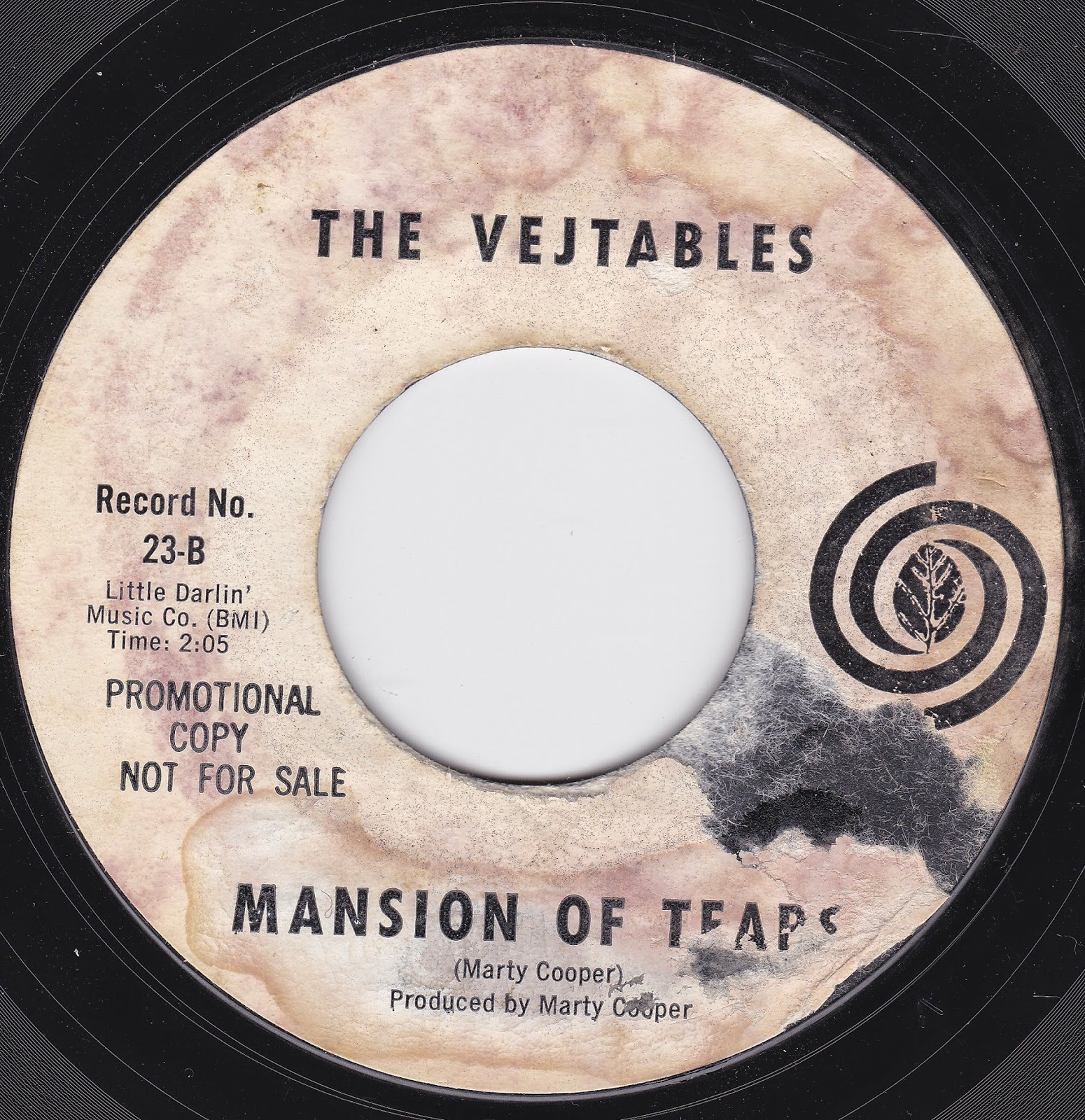 From a fairly ignorant UK perspective, it's easy to reduce the US folk-rock movement into a few key names and places. The reality is that away from the hits and the iconic figures, there were a lot of other players who never really gained much more than cult appreciation (or perhaps even less than that).  This blog recently revisited the work of the largely unknown Brotherly Lovers from Queens in New York, and the pile goes a lot deeper than that.

Californian band The Vejtables, on the other hand, had moderate success in certain regions of North America, and caught some media attention for possessing the then quite unheard of combination of a female singer/drummer in Jan Errico. Their cover of Tom Paxton's "The Last Thing on My Mind" is probably one of their better known moments, and continues to be appreciated enough that you can buy it from plenty of tax-dodging mp3 selling outlets to this day (or listen to it on YouTube if you're that way inclined).

For my money, though, the B-side "Mansion of Tears" is the better moment here - the jangly guitar, dramatic, romanticised vocals and trad-folk imagery listed in an angsty rush is quite lovely. Occasionally compared to The Seekers, The Vejtables were in reality a tiny bit harder and spikier, and that shows through here. The combination of world-weary female harmonies with chiming guitars mixed to the forefront still sounds completely lovely, even if some of the lyrical content does veer close to "A Mighty Wind" territory.

Once The Vejtables tore off into a more psychedelic direction, Jan Ellis decided to depart and join The Mojo Men who released the garage classic "Sit Down I Think I Love You". But the remaining band did give her a good run for her money - they changed their name to The Book of Changes and their single "I Stole The Goodyear Blimp" is freaky popsike story-telling at its finest, seeing the band "tripping on a big huge silver cigar". Nice. She should have stayed put, really.

Email ThisBlogThis!Share to TwitterShare to FacebookShare to Pinterest
Labels: folk, sixties, The Vejtables