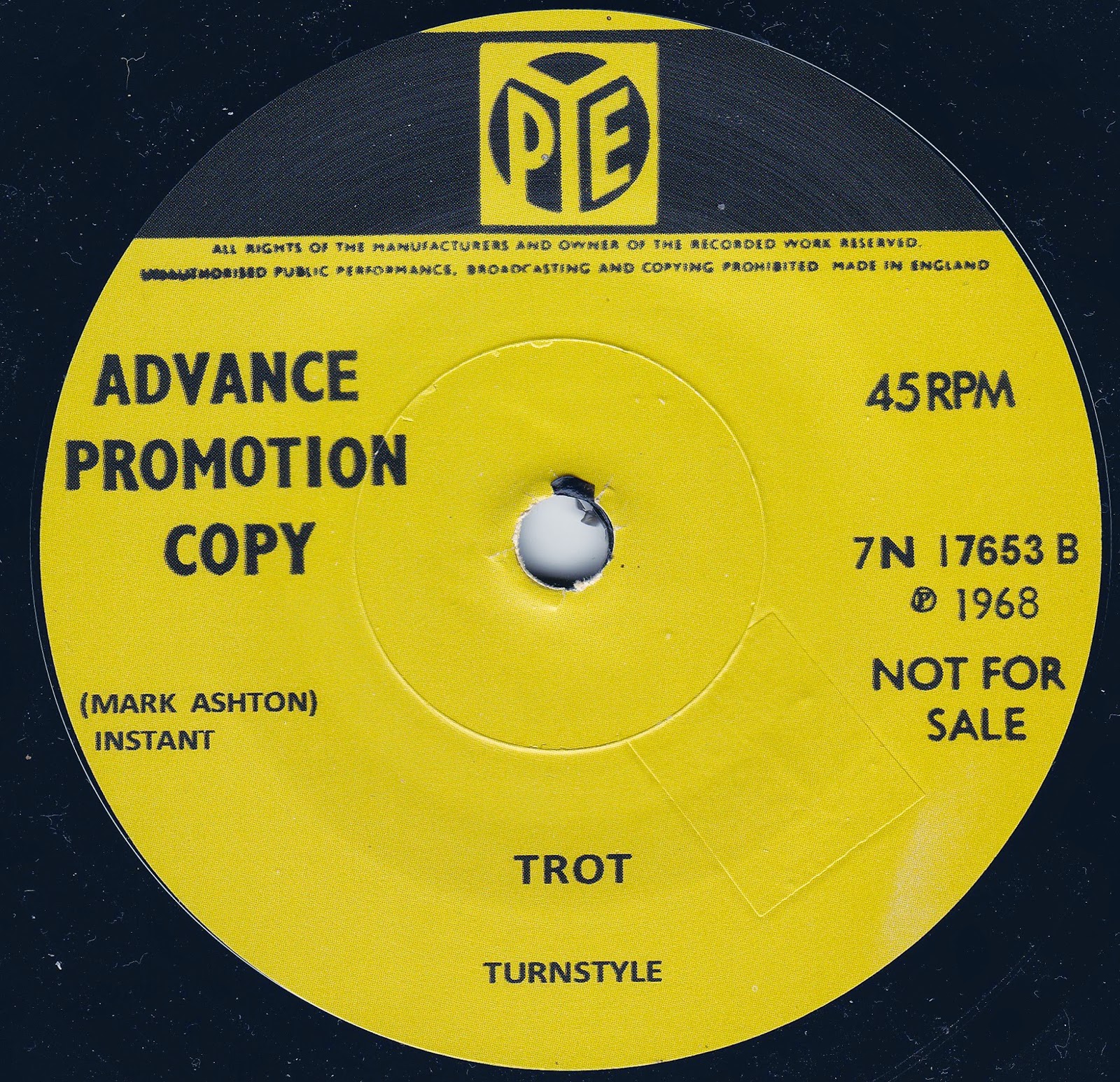 Turnstyle's "Riding A Wave" has joined the ranks of the uber-collectible British psychedelic 45s. It was  the group's only single and has been known to command nearly £900 in excellent condition, and is extraordinarily hard to track down. So hard, in fact, that an enterprising bootlegger ran up more copies of it recently (the version I own, naturally) all of which seem to have since sold out.

It's little wonder, really. "Riding A Wave" is a great little summertime psych record, doomed on its original release perhaps by the fact that Pye Records shoved it out in the unforgiving gloom of a British November. But even outside of its ideal context, it's still a joyous and celebratory record, filled with soaring Indian string arrangements and a storming, defiantly carefree chorus. It's on YouTube and even iTunes if you want to investigate further.

Less exposure has been given to the B-side over the years. "Trot" is a very different beast indeed, being a threatening, clattering and clanging rocker, raving and drooling away. Harsh garagey guitar riffs hang out with bluesy vocals and in a blindfold test, it's unlikely anybody would guess this was the same band.  Knuckle-dragging tunes and weightless psych-pop seldom shared vinyl space on one 45 in this way.

Turnstyle were formed by songwriter and drummer Mark Ashton and his brother (whose identity I have not managed to unveil). Based up in Scotland, they only managed to stay together for six months after this single was released before disbanding, after which Mark moved over to the considerably more successful prog outfit Rare Bird, whose "Sympathy" sold more than one million copies globally. I prefer "Riding A Wave", personally.