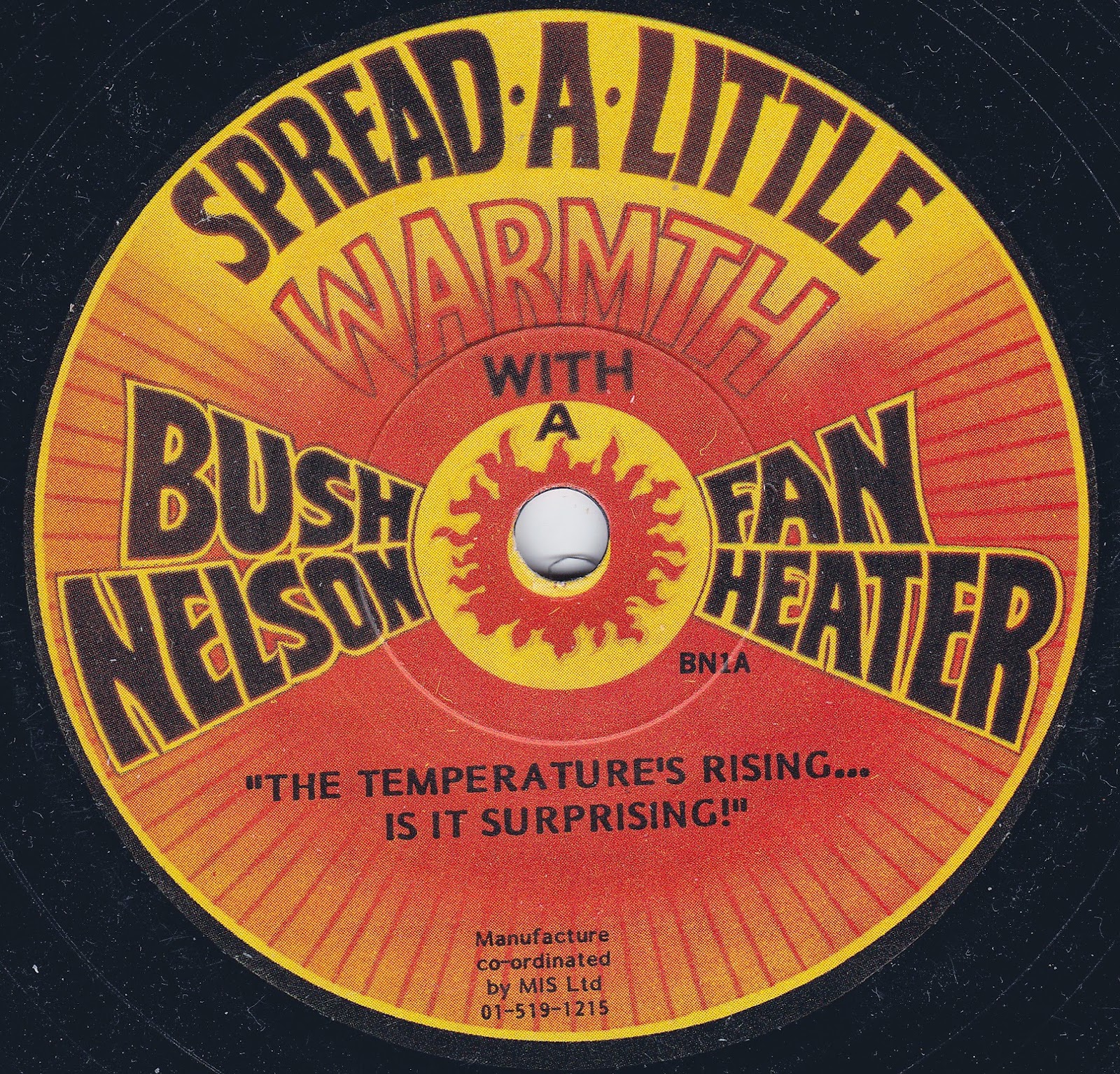 Label: None
Year of Release: Unknown

Ah, the fan heater. We've all owned them, haven't we? We've all lived in cheap rented accommodation without central heating and by winter pulled the fan heater out of the cupboard, knowing damn well that doing so would send the pay-as-you-go electricity meter spiralling downwards faster than HMV's debts. We've all enjoyed that peculiar, prickly and deathly smell of burning dust going up our nostrils before hitting our throats, the intense heat on our legs, then feeling as if the house is still in the Arctic as soon as we walk as little as two metres away. We have.

What I would guess none of us have associated with fan heaters is cocktail/ dinner party swing music. Maybe if you'd never had the need to own a fan heater you would consider them some kind of decadent luxury, the last touch to a living room for a toff who requires their feet to be especially toasty, but otherwise… it doesn't compute. I associate fan heaters with bad indie records being played out of a cheap Saisho hi-fi unit, because that was my soundtrack in life when I last had to use one constantly. The Sinatra styled cool of this promotional record is baffling, but to be fair to its creators, most adverts-on-vinyl are. You can't blame Bush for trying to inject some sophistry into the proceedings, even if it only convinced about three people in the end.

The lyrics are naturally an ungifted comedian's paradise, leaving plenty of space for obvious potshots, so I'll avoid spoiling the surprises here. The performance, on the other hand, is slick and difficult to fault. It's unlikely we'll ever find out who the musicians behind this were, but they sound as if they probably cropped up on considerably worthier records in their time - this definitely isn't a terrible bar-room jazz ensemble who have been wheeled in to do the job cheaply.

As for me - because I know you're about to ask - I still have two fan heaters in my possession, and one actually is a Bush (the other is a Pifco, making me something of a fan heater brand whore). This is because I live in an old listed building in London without proper central heating and single glazed windows, because installing double-glazed ones would ruin the frontage. If ever a record was made specifically for my present living circumstances, it's this one. The target audience is clearly me and some of my broke "arty" neighbours.

The B-side is a slightly longer version of the A-side, by the way, the extended mix, if you will. I don't think they felt releasing this one on twelve inch was worth the budget.

That was actually an OK record. It feels more like one of those retro-cocktail items from the early 1990s, which is a pretty high compliment to those anonymous studio players.

I pretty much agree with you, also on the nineties cocktail parody point. I suspect this was probably a late seventies item, though (but I could be wrong). Something about the production and label design dates it in that timeline for me.

I've heard a lot worse. It could be played quietly as coffee-table music and nobody might comment.

The lyrics though... Trying to sell the thing as an alternative to a log fire is pretty ambitious. It reminds me of 'Baby It's Cold Outside' set in Soft Cell's 'Bedsitter'.