Fresh Air - In The Sun/ Too Many Reasons 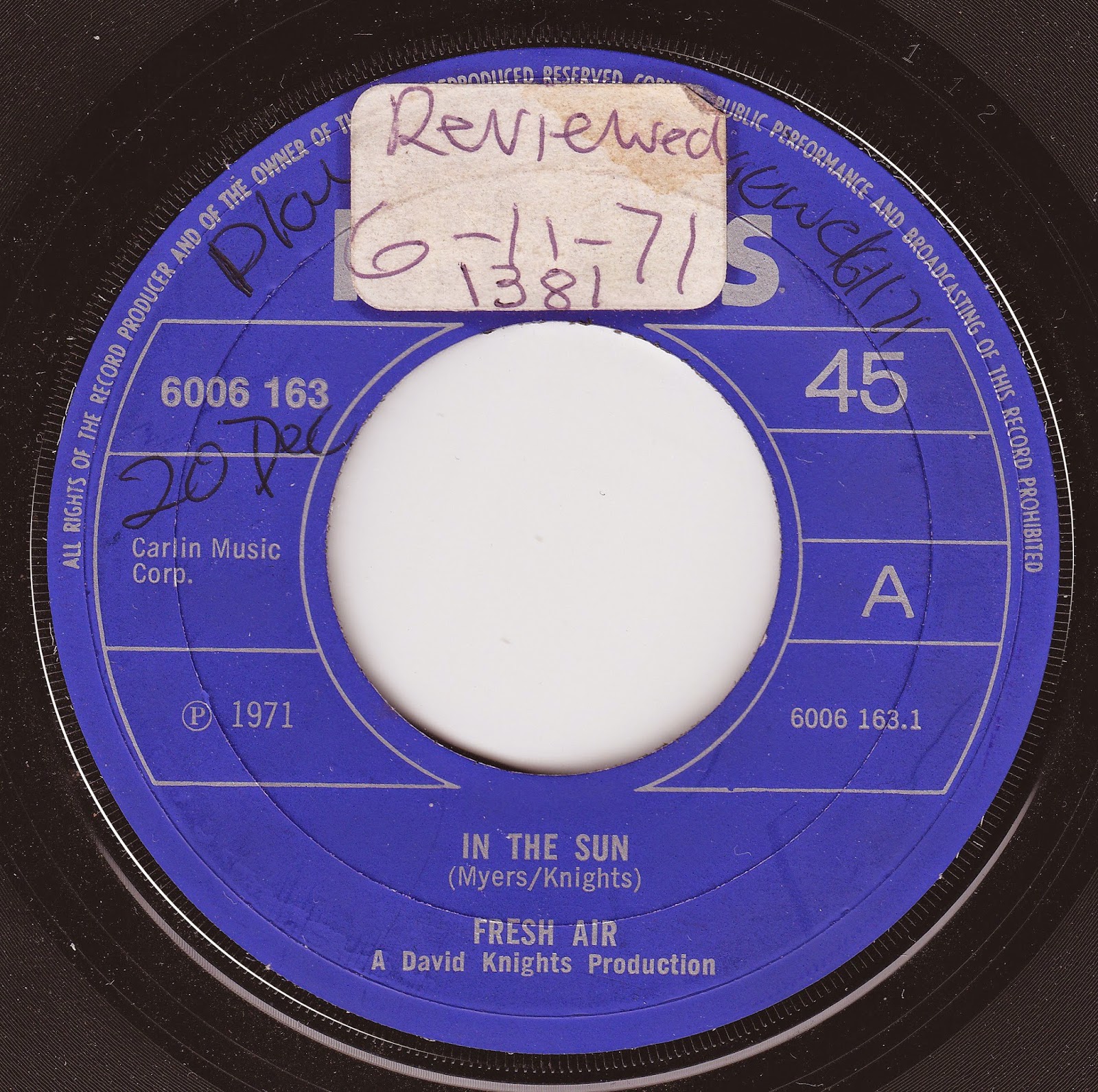 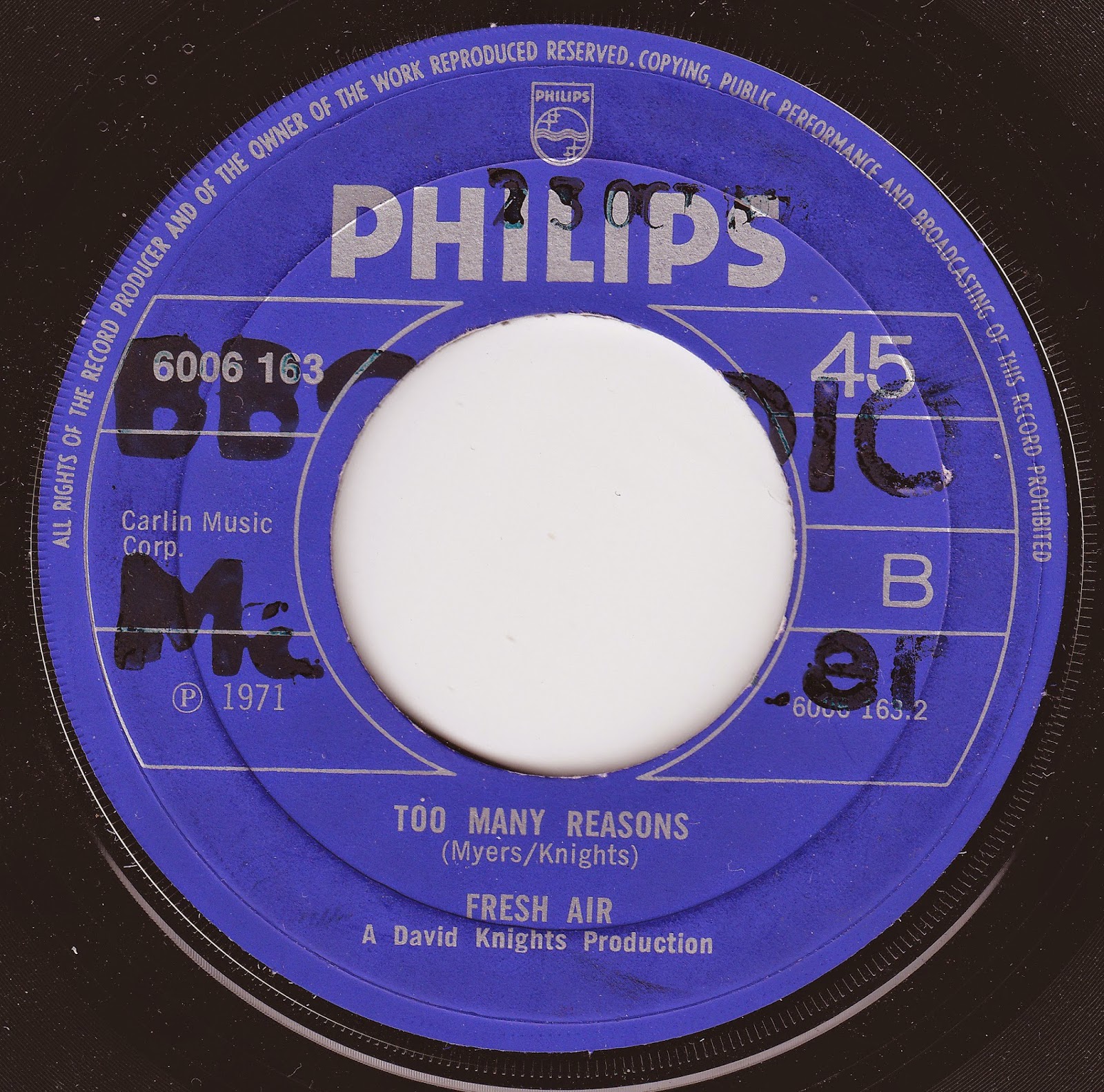 We talked about the bafflingly obscure and clearly George Harrison influenced track "It Takes Too Long" by Fresh Air on the blog a few years ago. While no further information has come to light to suggest the identities of the people behind the recording, my enthusiasm for it hasn't waned - swathed in wonderful laid-back harmonies, it has a sound a lot of Beatles/ West Coast aping indie bands of the present day would be thrilled to produce. If you haven't listened to it yet, do.

The other known Fresh Air single is this one, "In The Sun", which popped up on ebay surprisingly cheaply recently. It's very clear that whoever the band were, they seemed to use The Beatles as a springboard for many of their ideas, because it's impossible to listen to this and not bring up the obvious influence of "Two Of Us" from the "Let It Be" sessions. It has the same trotting rhythm, Macca styled vocals, and springy, optimistic feel. It's not as strong a release as its follow up, unfortunately, but it does show that the group may have had more interesting material up their sleeves had their deal with Philips continued.  Indeed, the flip "Too Many Reasons" continues the Macca-isms and almost sounds like an out-take from his early home recordings.

If David Knights would come forward and clear up a long-standing mystery about who Fresh Air were, that would be great. They're almost certainly absolutely nothing to do with the other Fresh Air who issued "Running Wild" on Pye on the sixties.

Complete anoraks may also like to note that the single I own was previously the property of BBC Radio Manchester who seemed to review it in November 1971, presumably as part of either a Juke Box Jury/ Roundtable styled programme, or perhaps as an administrative exercise to ascertain its suitability for the playlist.

somewhere between Marmalade & the Bay City Rollers, maybe there is a Scottish connection to this record my dear Watson?

The name of Procol Harum's original bass player was David Knights, so I'm wondering if this was a failed post-Procol project of his… there's no mention of it anywhere if so, though.

NeoBux is the best work from home site.

Discover how 1,000's of individuals like YOU are working for a LIVING from home and are fulfilling their dreams right NOW.
GET FREE ACCESS INSTANLY