Mike Morton Combination - Burning Bridges/ You Gotta Be Mine 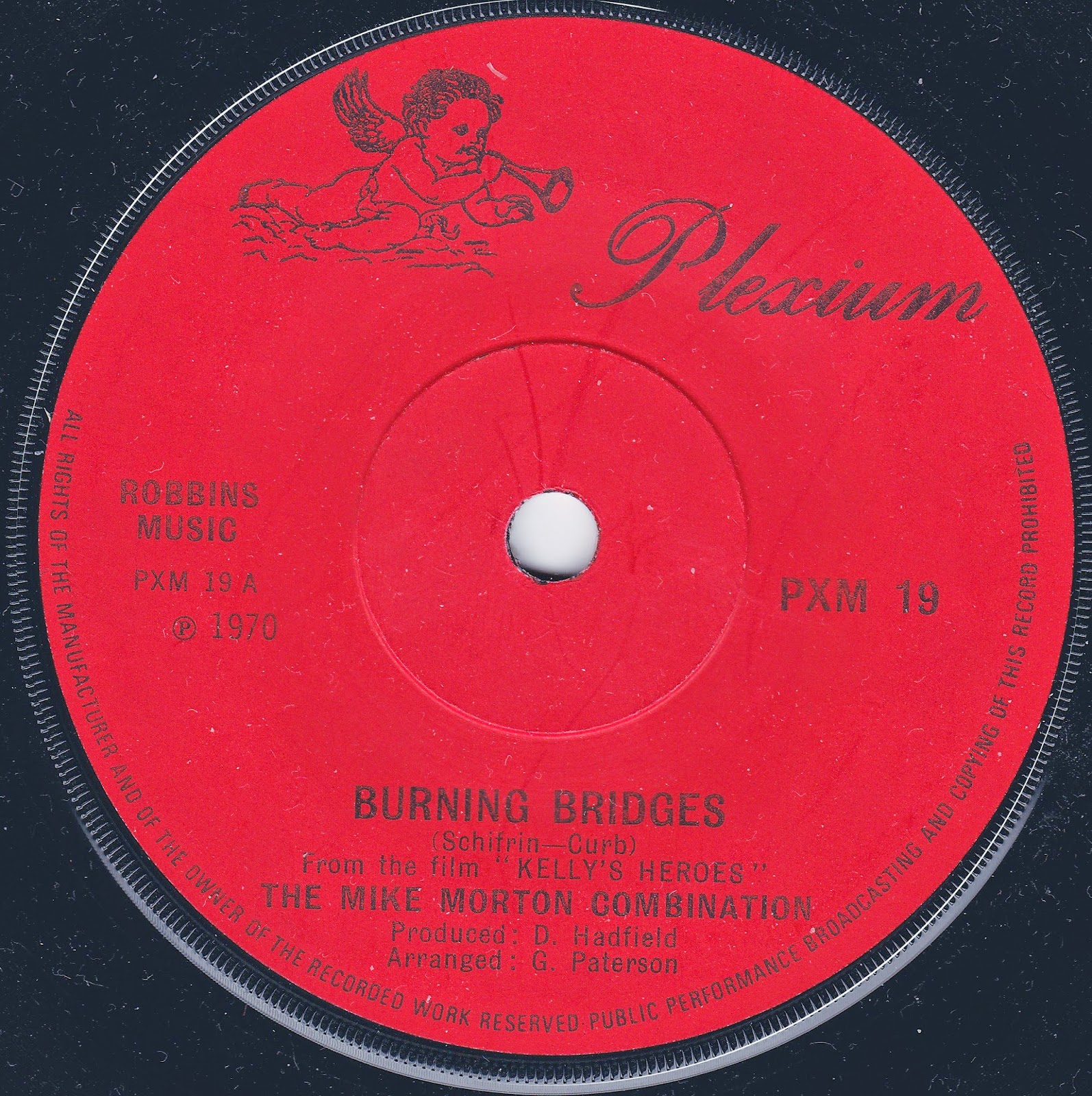 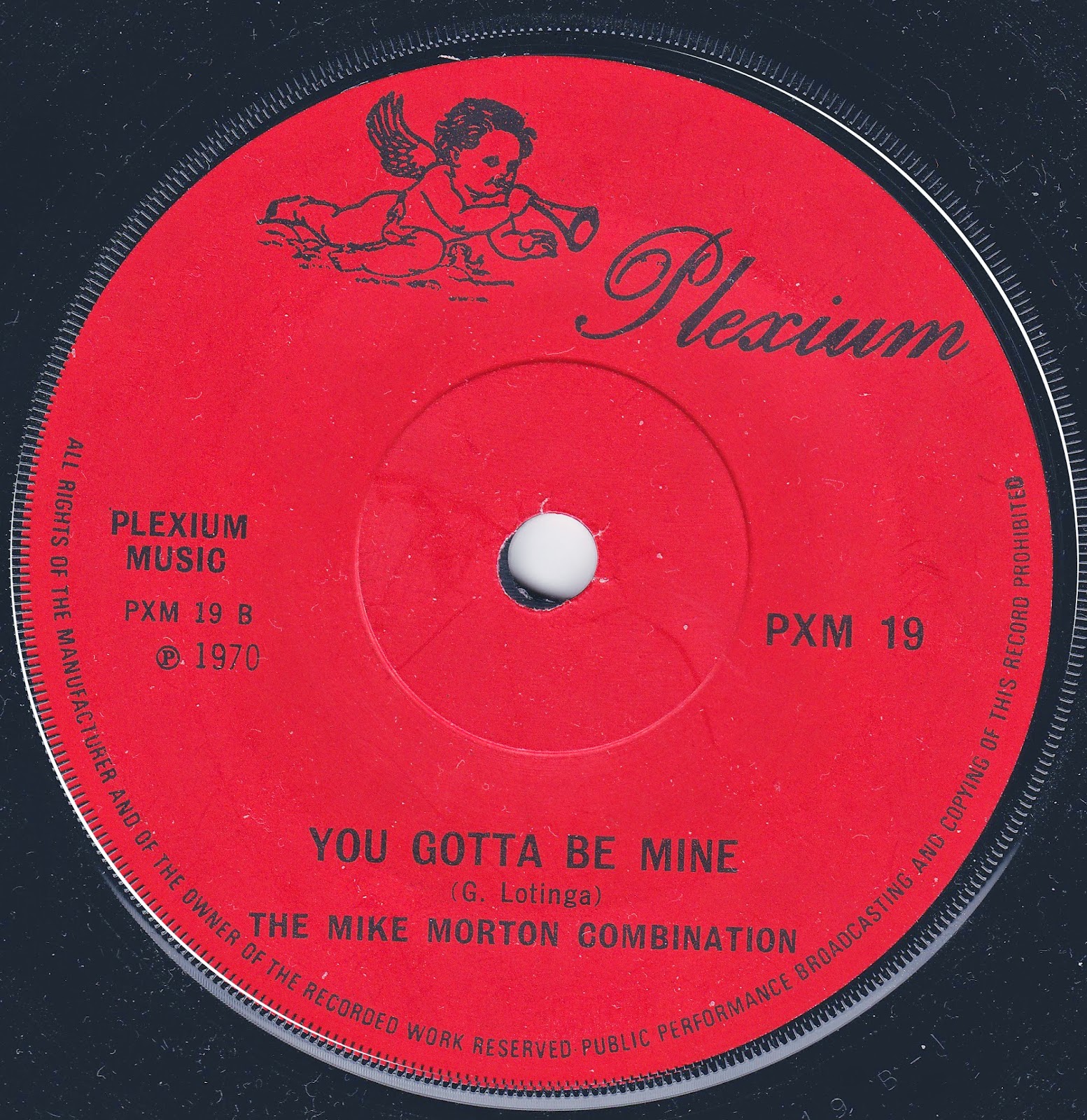 Well, I don't know if any of you good people know who Mike Morton was, or who his "combination" were - but I've drawn a blank. One thing's for sure, he's among the very rare and select group of people to actually put his own group's name (rather than a pseudonym or blank credit) to a cheapo "covers" record of the "hits of the day", namely a Super Six EP release in 1971 which featured, among other things, "Chirpy Chirpy Cheep Cheep". The smart money must be that he was simply a jobbing session man who took work where could find it, and occasionally put his own records out for novelty or soundtrack work. In fact, the sheer quantity of "Mike Morton's Eight", "Mike Morton Orchestra" and just plain "Mike Morton" releases over the years is embarrassing proof that I probably should be a tiny bit more aware of his work.

"Burning Bridges" must have seemed like a nice little earner on the surface, as it featured in the Clint Eastwood and Telly Savalas starring film "Kelly's Heroes". It kicks in with a strident rhythm and fanfare before sliding back into standard smooth seventies pop, before ricocheting back into an anthemic Hollywood sound again. A very minor hit elsewhere in the world, it failed to attract much business in the UK, and has since become a bit of a curio here.

It's also another odd single to crop up on the tiny Plexium label, a hitless and short-lived affair whose output is tricky to come by these days. While none of their records are truly outstanding, they're a faintly undermined source for quirky slices of late sixties and early seventies pop.

There is a progressive rock group in London called "The Gift" whose chief songwriter and vocalist is one Mike Morton. Could this be the same person as the Mike Morton of Combination fame?

Here are the members of the Combination: