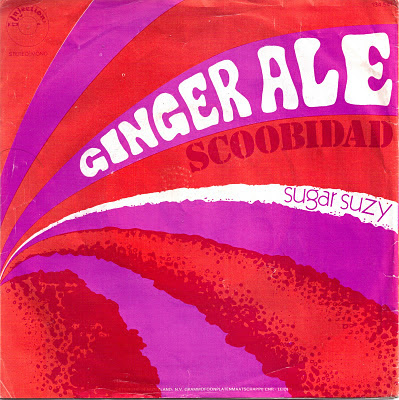 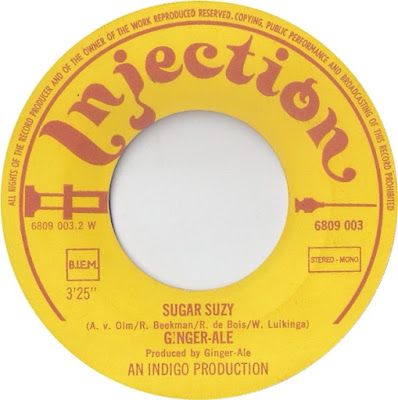 While it may be a push to describe this single as an obscurity - the A-side "Scoobidad" hit number four in Holland - the B-side has since acquired some well-deserved love as a bit of a psych-pop classic across the whole of Europe.

Ginger Ale were formerly known as Roek's Family before changing their name and subsequently dabbling with more intricate sounds. "Scoobidad" is a fairly harmless piece of seventies bubblegum, but "Sugar Suzy" is beautiful despite its rather unpromising, Archies-esque title. Filled to the brim with twanging, whining guitars and gentle, wistful vocals, it would neither be out of place on the second side of Pink Floyd's "Atom Heart Mother" nor indeed a compilation of West Coast classics. Dreamy, considered and tranquil, it's far too good to be buried away on a flipside, and had it been released at an earlier date and on the right side of a seven inch single (or tucked away on an album) it's not difficult to imagine it gaining more respect than it has done. As it stands, hopefully this will gain further popularity over the coming years.