Reupload - Gaslight - Move/ And So To Sleep 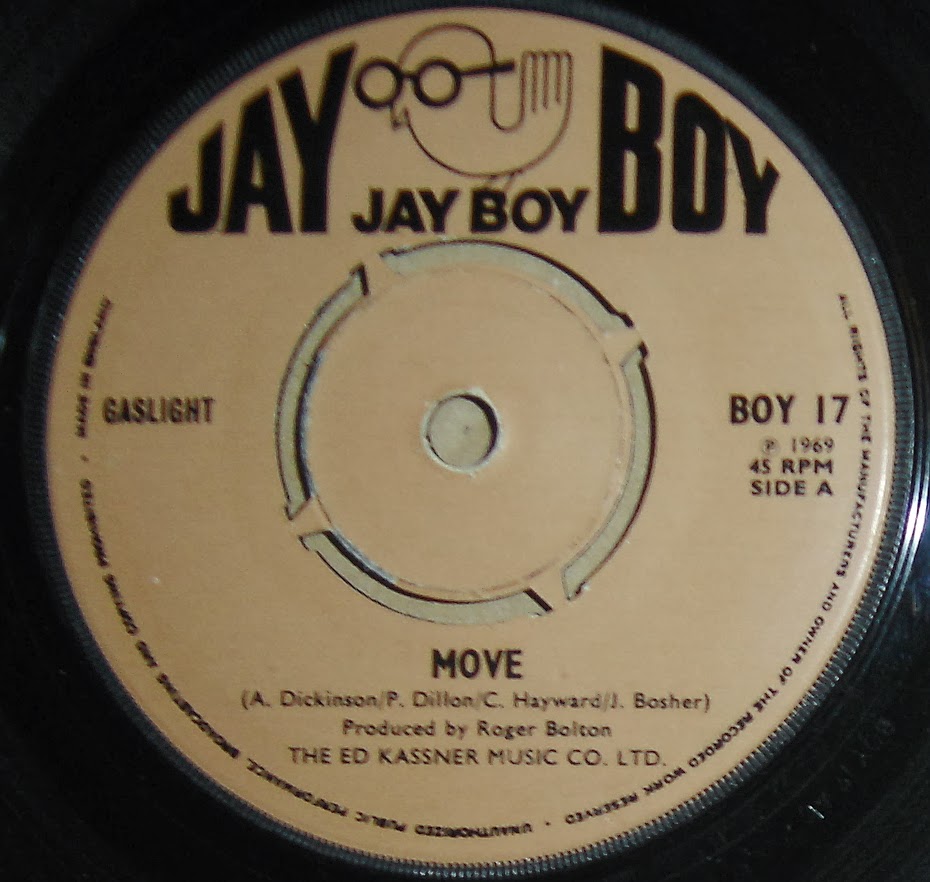 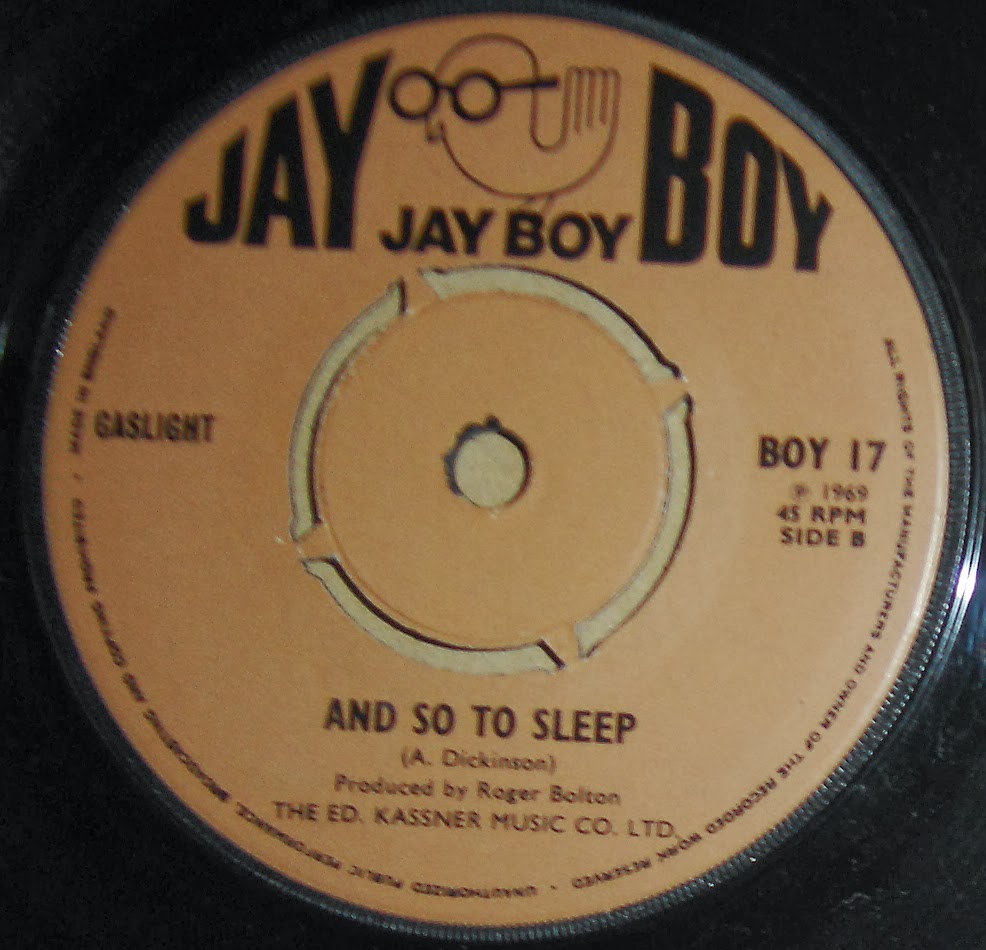 An odd and slightly mysterious one, this. "Move" has been picking up some attention lately as an otherwise largely ignored psychedelic obscurity.  Not without reason - this is slippery smooth psych, complete with close harmonies, grooving electric organ work, heavy basslines and slow dance floor beats. The chorus reverts to UK Beat type, urging us to "jump and shout" and momentarily disturbs the mood, but otherwise this slides along beautifully.  It's not wildly dissimilar to the work of The Dragons, another band who were utterly ignored at the same time the scented hippy candles were getting snuffed out but recently had their material issued on Ninja Tunes.

Gaslight seem to have released this single then disappeared without trace, giving us absolutely no clues as to who they were or what else they did.  There is some speculation online that they may be another band signed to Jay Boy or their controlling label President operating under a pseudonym, but there are no clear indications.  Whatever the facts, their approach was largely wasted on the British public by 1969, and as everyone began to pick up their hard rock, blues and prog albums, there wasn't time for this kind of technicolour dancefloor action.  A shame - if it had been issued a couple of years before, "Move" may have made a much more significant impression, but even then I can't help but feel that this is a subtle little record which might not have ever had a chance of bashing its way through the radio to encourage the public to buy it in vast quantities.  Still, we can enjoy it now. Move, readers, and get yourself together.

Days of the Broken Arrows said...

I had no idea "And So To Sleep" was a B-Side. It's on "Piccadilly Sunshine Part 4," where it's one of the highlight of that excellent collection. "Move" sounds both rocking and moody.

Both sides are great,thanks for posting them. I had never heard of this band until I ran across your blog,I'll be checking out all the posts now!

I guess this are The Seychelles (a President band) under a pseudonym, anyway they signed both songs

I like the B-side more. Clearly a throwaway Bach-infused derivative, but none the worse for that.