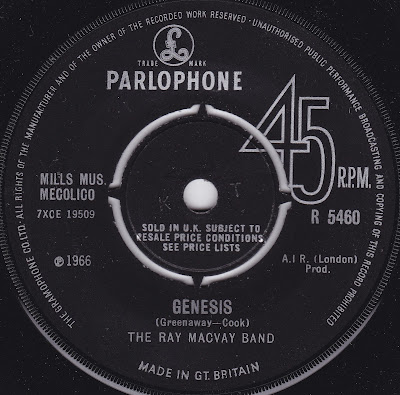 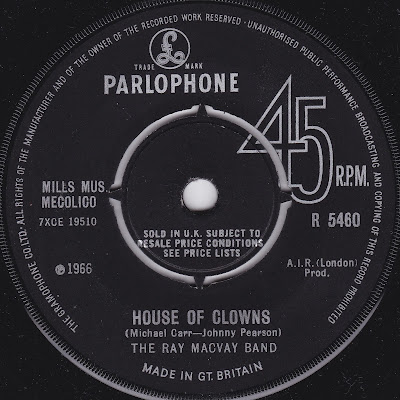 Ray McVay was something of an eager beaver in the sixties and seventies. He worked on arrangements for a wide number of rock acts, as well as issuing swathes of easy listening LPs. While none of the latter were enormous sellers, many were intriguing Easy interpretations of the musical fads and fashions of the day. From "Golden Country Hits" to "Reggae Time With Ray McVay", he issued tons of albums with saucy ladies on the cover which put his own spin on the top pops.

Suffice to say, then, that despite the title of "Genesis", this isn't some kind of psych or prog workout. It starts out with a slightly "Open University" sounding beginning, then progresses into some twangy, instrumental beat. Given that the capable songwriting of Greenaway and Cook is behind the tune, it's got plenty of atmosphere and feels instantly familiar. In fact, the incessant guitar twangin', snare drum rolls and the deep "a doo doobee doo" backing vocals will transport you back to those carefree, innocent moments in your life.

Ray was touring with Eddie Cochran and almost sat in the car seat that claimed Eddie's life in that fateful car journey, but had to take alternative travel arrangements at the last moment. Cochran may have passed on, but Ray went on to have a very long career, and presently works in the current line-up of the Glenn Miller Orchestra.