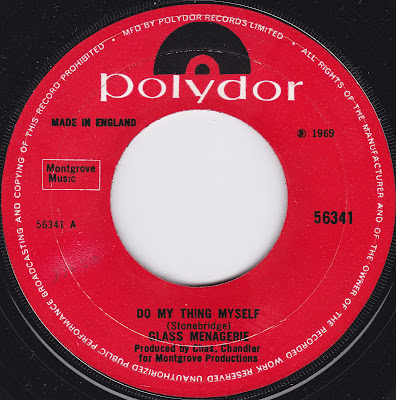 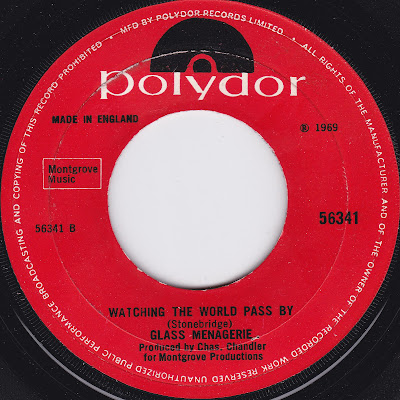 The Glass Menagerie are probably most famed among obsessive buyers of sixties compilations for their bursts of light psychedelia. From their cult classic "Frederick Jordan" to their cover of the Rolling Stones "She's A Rainbow", their output tends to litter popsike mixes the length and breadth of the land despite the fact (*lowers voice*) that they really weren't that "way out" at all.

After they were dropped by Pye in 1968 following their failure of their cover of Harry Nilsson's "I Said Goodbye To Me" (which some have suggested David Bowie must have heard), Polydor took them on for two more singles. Their first effort for their new employers was the haunting "Have You Forgotten Who You Are", which was more of the same sound. Their second and final release for the label, though, was this little stormer. Judging by the contents of both the A-side and the flip, they were trying to go for a harder rock sound in the hope of a winning a new audience. Suffice to say, it obviously failed and they disappeared into oblivion not long afterwards.


"Do My Thing Myself" is a chugging great rocker which definitely does a good job of predicting the kind of noises which would dominate the early seventies, to the extent that you have to wonder if the group's manager Chas Chandler was passing notes to Slade at this point. Over on the flip, however, you can hear touches of the group's old sound beneath the bombast, from the gentle phasing to the honking organ in the middle of the mix.