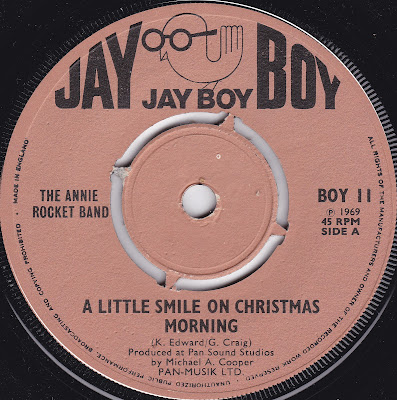 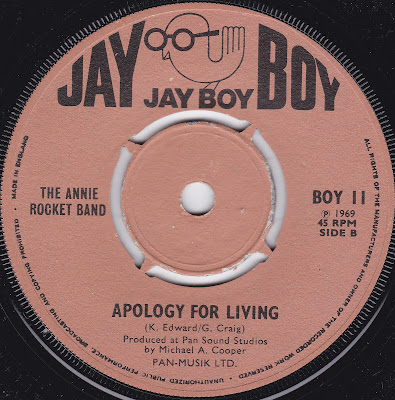 Despite the fact that the much-loved Marmalade Skies website once listed this as one of the Top 120 toytown psych songs of all time, its lyrical focus on the Christmas season has made it a strangely under-compiled effort since. That's a shame, as either in or outside of the period, "A Little Smile On Christmas Morning" manages to be soft, sweet and intricate rather than whacking you over the head with a giant set of sleigh bells.

In fact, those hushed vocals, considered arrangements and gentle, everyday lyrics about a child witnessing her father coming home for Christmas resemble The Zombies quite significantly; not a smart commercial move in 1969, but one which feels much more credible and relevant now. It's such a velvety sounding disc it will probably clean your record player's needle as the vinyl spins round.

The flip-side leans towards marginally more progressive ideas, and is actually rather good with its jaunty, Barretty chorus and odd, ever-shifting moods.

Some Internet sources (including Marmalade Skies) seem to point towards this being the work of the duo Jon Plum (Jonathan Edward Kennett and David Roy Plummer) but I've always been faintly suspicious of that claim. Neither are credited with writing this, unless that "K Edward" credit is a reference to Kennett Edward, and none of the Jon Plum biogs in the compilations that include their work reference this release. Can anyone offer proof that it is indeed the pair?

Thanks - that establishes it, then. Jon Plum it is.