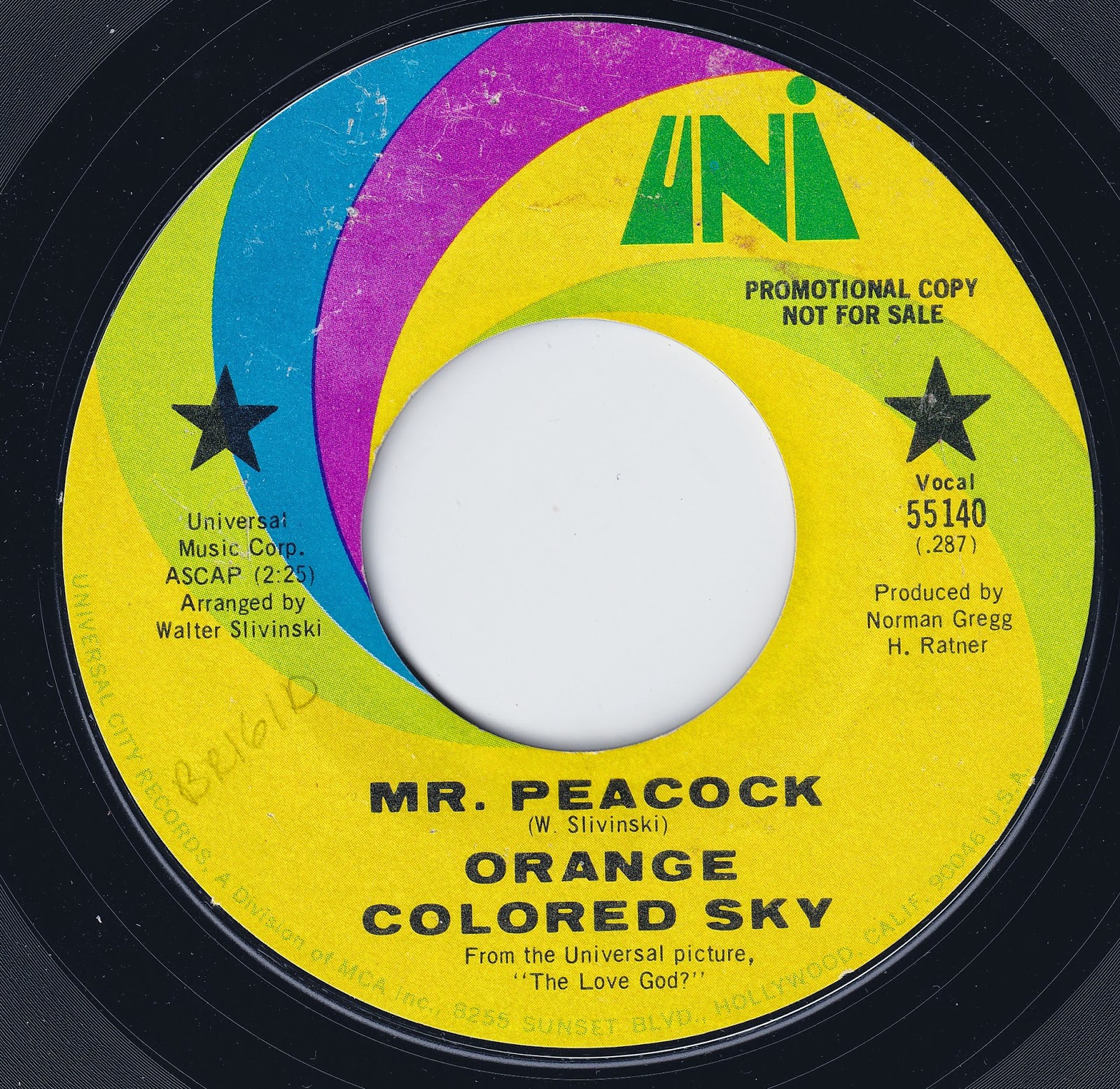 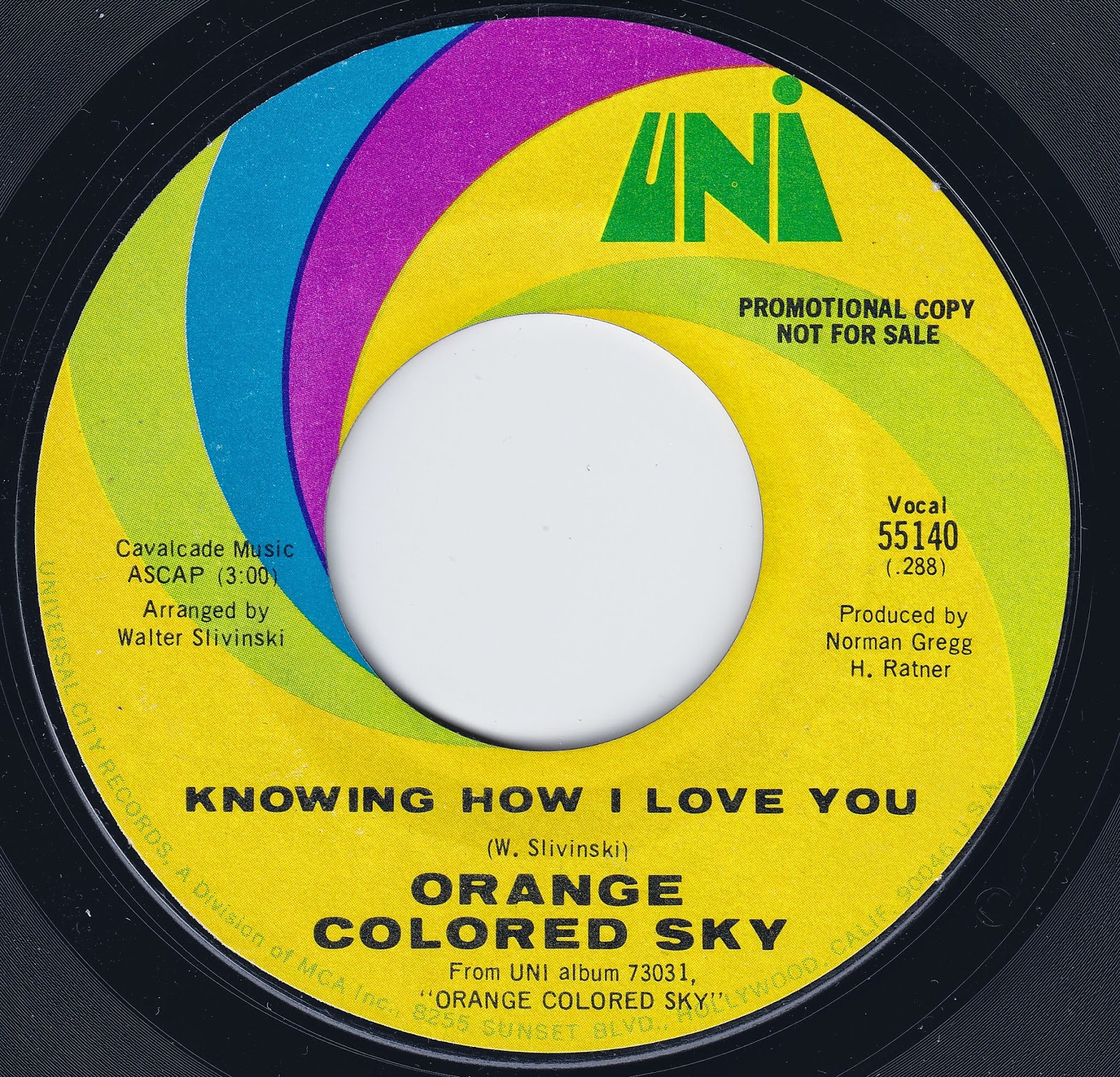 The constant waves of neo-psychedelic bands since the nineties have ensured that the ideas in the genre remain current, but even so, some psychedelic pop records sound much more of their moment than others. It doesn't impinge on their overall quality, but - to throw one example to the jury - Donovan's "I Love My Shirt" doesn't sound as if anyone would have recorded it in the last twenty years. Its slightly humorous, whimsical take on comfortable Carnaby Street wear seems somewhat quaint now.

And so we come on to "Mr Peacock", a cheery ditty with harmony vocals largely celebrating the "grooviness" of a particular individual. This is the part of the era that "Austin Powers" filtered off and turned into a giant action cartoon - the garish, the silly and the celebratory. But within the context of its original purpose, it makes a lot more sense. The "Mr Peacock" to whom they refer is Don Knotts' character in the film "The Love God?", a dorky, awkward individual who turns into a sexual magnet when he accidentally becomes custodian of a successful pornographic magazine. This single was ripped from the soundtrack, and the line between Powers and Peacock is narrow enough to assume that tongues were probably firmly in cheek within the ranks of Orange Colored Sky as well.

While never blessed with an enormous amount of success, Orange Colored Sky (consisting of Larry Younger, Walter Slivinski, Vinny Younger and Tony Barry) were busy boys on the live gig circuit, spending periods as the house band at New York's Peppermint Lounge, as Burt Bacharach's opening live act, and working the club circuit in Los Angeles. Their 1970 track "Press A Rose" also managed to creep into the Billboard Top 100. Known for their professional live shows, a steady stream of  appearances continued until the eighties when they shut up shop.


They eventually reformed in the nineties and were performing live cover versions in the South West of the USA until the middle of last decade, though the trail goes a bit cold after that point. Certainly though, the length of time they have spent together as a professional concern shows that if you're slick enough as performers, people will always find work for you.

I edited a video for this one, but there's weird story to this song :)

Orange Colored Sky... fabulous pop music with the accent on the vocals. According to the back cover, they actually played their instruments, which given the times, was not that common with vocal groups. The one description I remember the most is about how the guitar player was so great, where in actuality, you hardly notice him in the music. His touch is so subtle, it's almost not there at times. I know every song by heart, and they are all catchy pop tunes. It amazes me that they didn't go further, but I can just imagine that the promotion machines and Uni were concentrating on other acts. They would have been a radio staple, if not for that. It is infectious pop, and don't mind a little cheesiness, I highly recommend this LP if you can find it. HOWEVER... as much as I was overwhelmed by the diversity of the songs, I found a non-LP sing from 1969 and thought "it can not be an LP reject" so I bought it... well ... when I heard this for the very first time... I BROKE ...tears from joy !!! This single ranks as one of the best American pop singles of all time.

ABOUT THE FOOTAGE: I edited a clip from a movie in which this song is sung. The odd thing is that in this movie "The love guru" (with Don Knotts) Mr Peacock is sung by the Blossoms (yes Darlene Love) with the orange colored sky members in the background !!! Complete madness because they are the original performers ! No matter how much I love Darlene and the blossoms, I've managed to edit them out of that scene and kept the few shots of the Orange Colored Sky group members. It's not much so I had to repeat their footage a few times to make a video as if The Blossoms were never there, which took me half a day to do. "Mr Peacock" is one of my faves