Stephen Shane - I'm Beginning To Touch You/ Someone Who Cares 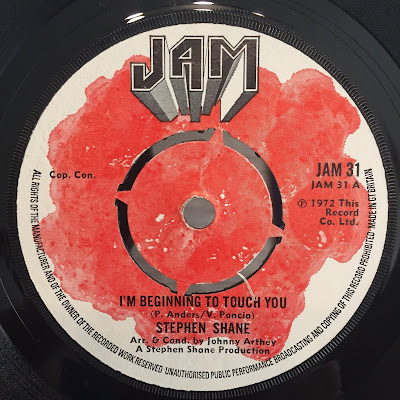 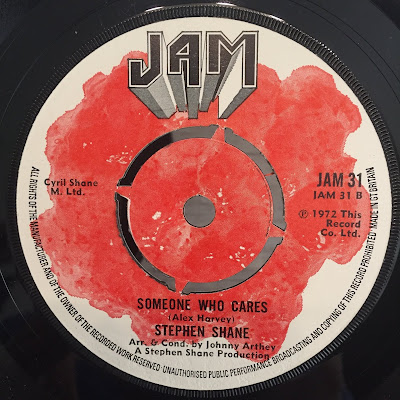 Slick, slow seventies pop from this one single wonder

This is yet another single on the Jam label contributed courtesy of Left and to the Back reader Eduardo Ojeda Marins. It clearly shows that they were trying their hardest to be a credible and successful label for pop hits (and not just ones by Blackfoot Sue).

The A-side is a faithful cover of the Anders and Poncia single "I'm Beginning To Touch You" which pulls back the slightly obsessive urgency of the original and turns it into a seductive piece of smoothie pop instead. If Anders and Poncia sound overwhelmed by the situation, Shane has got the romantic situation all under control - he's the corner of the bedroom with his acoustic guitar, his shirt undone by two or three buttons, and a glint in his eye.

While Shane seemingly didn't issue any other records under his own name, he was responsible for a run of productions throughout the seventies, including records from such characters as Bill & Buster, Bitter Suite, MacArthur Park, Still Life, and some blokes called Bill Oddie and John Cleese working together for the Athletes Club Fund. None of these were big sellers, though (no, not even the last one) and he appears to have moved on to other projects after 1976.

Presumably there are no connections between this Stephen Shane and Gilbert O'Sullivan's manager of the same name. I can't find anything to suggest that's the case, so I'm going to deem it unlikely unless anyone can state otherwise.