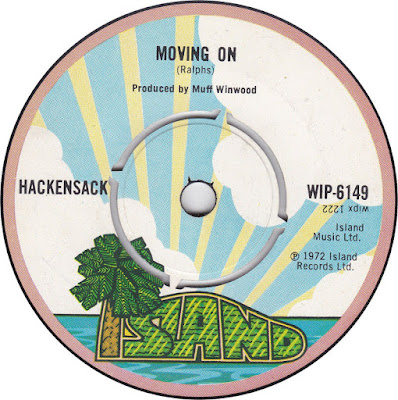 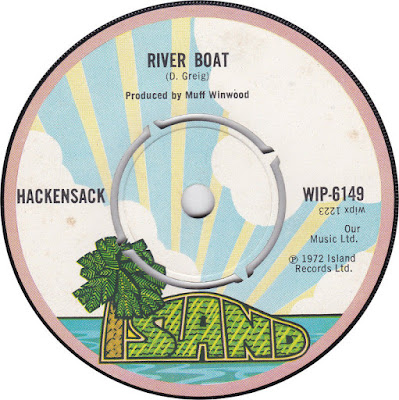 In the late sixties and early seventies, music began to be appraised by certain selective punters not just by how melodic or innovative it was, but how loud and heavy, especially in the live environment. Bands began to obtain huge amplifiers and stacks affordably, and thus acts such as Blue Cheer described themselves as being capable of turning the air to cheese with their sheer racket. Presumably nobody asked for a refund when the venue around them didn't transform miraculously into rich Brie.

Hackensack were renowned for being one of Britain's heaviest blues rock bands in the early seventies, and became quite a draw on the live circuit, chalking up 270 gigs - but naturally, their high voltage and volume attacks failed to cross over into record shop sales. 1974's Polydor released album "Up The Hard Way" was cultishly successful, but not enough to convince anyone that they had a reasonable commercial proposition on their hands, though it has since become a highly collectible item. Thus Hackensack were kicked back on to the small venue circuit before giving it all up, an unissued live album apparently languishing in the Pye vaults.

This is their solitary single, and consists of two quite different halves. The A-side "Moving On" chugs along and swings merrily, and actually has an almost glam rock chorus which sounds like it might have been borrowed from Iron Virgin or one of the many flop tinseltowners of the day. It's perfectly good, but it's the B-side that really shows what Hackensack were capable of. "River Boat" is an absolute dumb-ass assault, riddled with a primal, almost garage rock riff which needles away throughout. Vocals scream, cymbals crash, and the whole thing is a fine example of how the 60s punk tradition naturally morphed into Serious Rock in the early seventies. So downright distorted and compressed is the track that I had to have three goes of ripping it from vinyl before getting the right volume control - it sends all the needles flying into the red even at low recording volumes. I still can't decide if I over or under did it.

Lead singer Nicky Moore went on to be a key player in the New Wave of British Heavy Metal with Samson, guitarist Ray Majors went on to join British Lions before eventually hooking up with Mott The Hoople, and drummer Simon Fox joined Be Bop Deluxe. The whereabouts of bassist Stu Mills is less clear.

The volume on that B-side goes upto eleven! Just as well it's a doozy of a track.

Thank you so much. When I find music on here it always brings back forgotten memories. Cheers.