The Antlers - It Looks Like Reindeer/ You Can Change My World 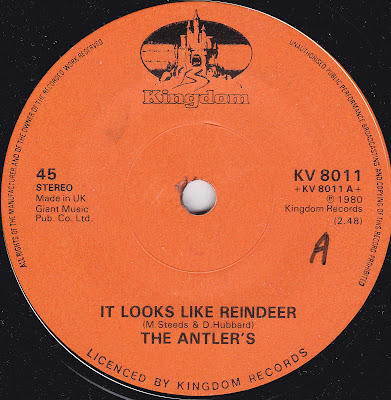 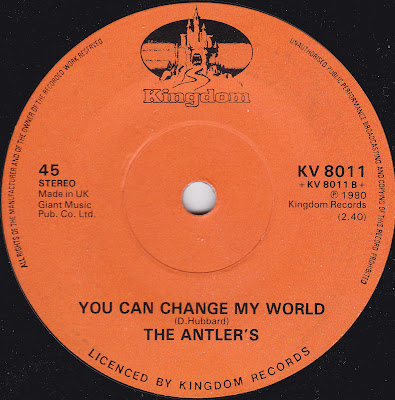 Record company PR sheets are, as Bunf from Super Furry Animals once complained to me, usually "utter works of fiction". Press departments are alarmingly prone not just to claiming that every new release - however mediocre - is a stunning leap in artistic progression from the last one you heard from the artist two months ago, but also complete exaggerations and shady details about the people behind the work, all there purely to inflate the average music hack's curiosity.

The reason I'm complaining about this is because I've been stung trying to use press releases as verifiable sources before, and also because the one for this record is deliberately vague and sketchy. "A seasonal offering by The Antlers, which disguises a number of well-known musicians. Give it a listen and see if you can guess their identity," it tells us. Me? I think it was probably typed while a Press Officer winked and elbowed a colleague in the ribs.

I have to say I've given this several listens, and I'm none the wiser. It sounds as if children - or singers pretending to be children - share the lead vocals to give us a tall tale about finding Santa on the roof, while a bass player slaps away in the background, an organ player goes berserk, and actually, not a lot actually happens for nearly three minutes apart from the occasional interjection from someone on vocoder who I certainly don't think is Peter Frampton. It's quirky, it's silly and it's inoffensive, but nothing in it causes me to suspect that it's a lost recording from one of the big artists of the day. Nor does it sound like a hit, and of course, it wasn't.

Slightly more interesting is the B-side which is a full-on proggish keyboard workout, which makes me wonder if it's one of Rick Wakeman's less desirable jobs from his salad years. I doubt this is correct, but it's the only possible lead I've got.

Suffice to say, this single completely sank without trace in the 1980 Christmas market, and nobody bothered to actually do a big reveal of who the musicians behind it were. Perhaps somebody out there  actually knows... or perhaps it's all a naughty record label ruse and was never worth revealing to begin with.

Why ? why so many guys have to produce some of these strange and uninteresting record ?. it's a mystery. But we have to ask the same question about the books field. Anyway, you're right, the B side is quite a funny thing.