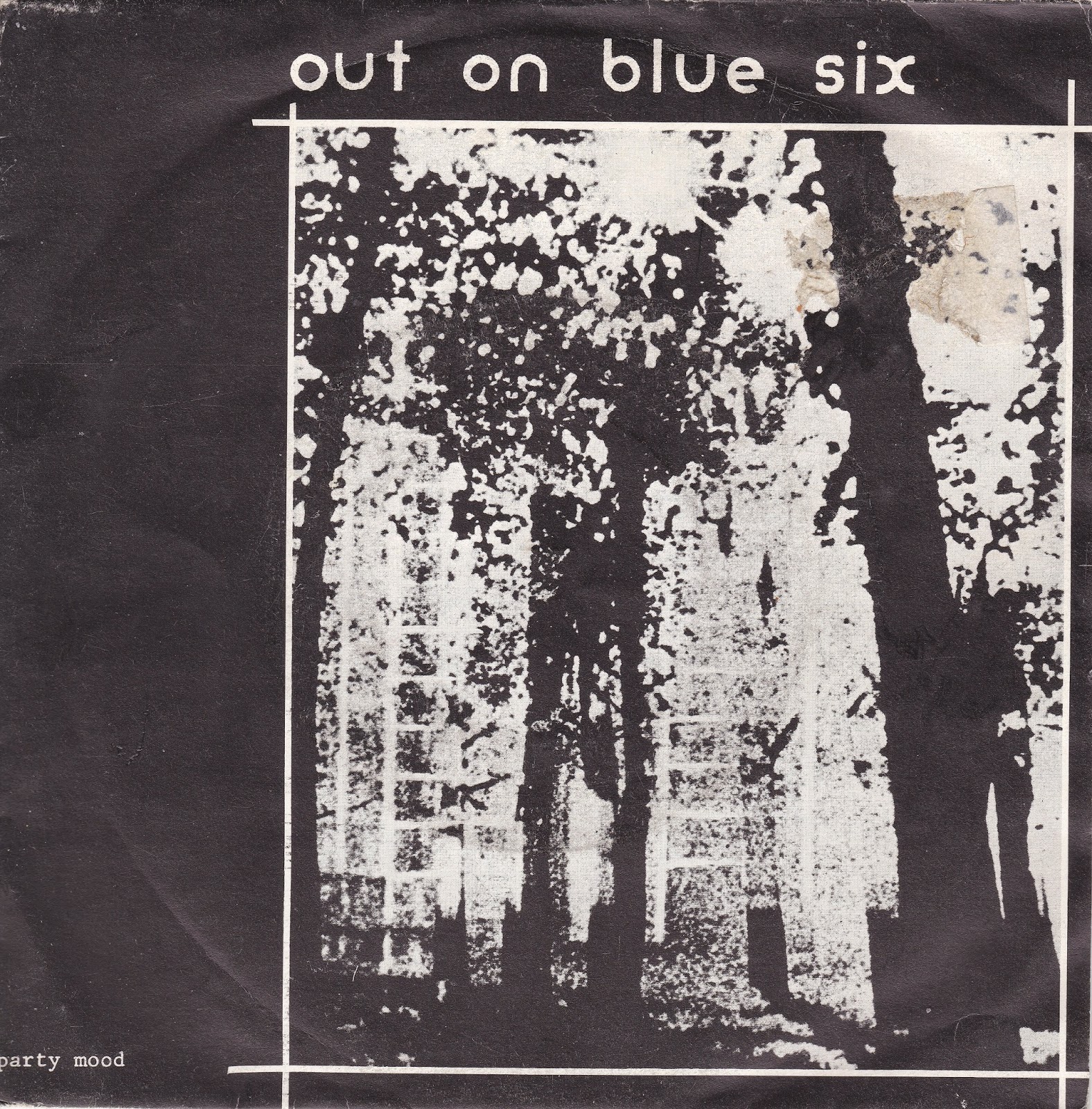 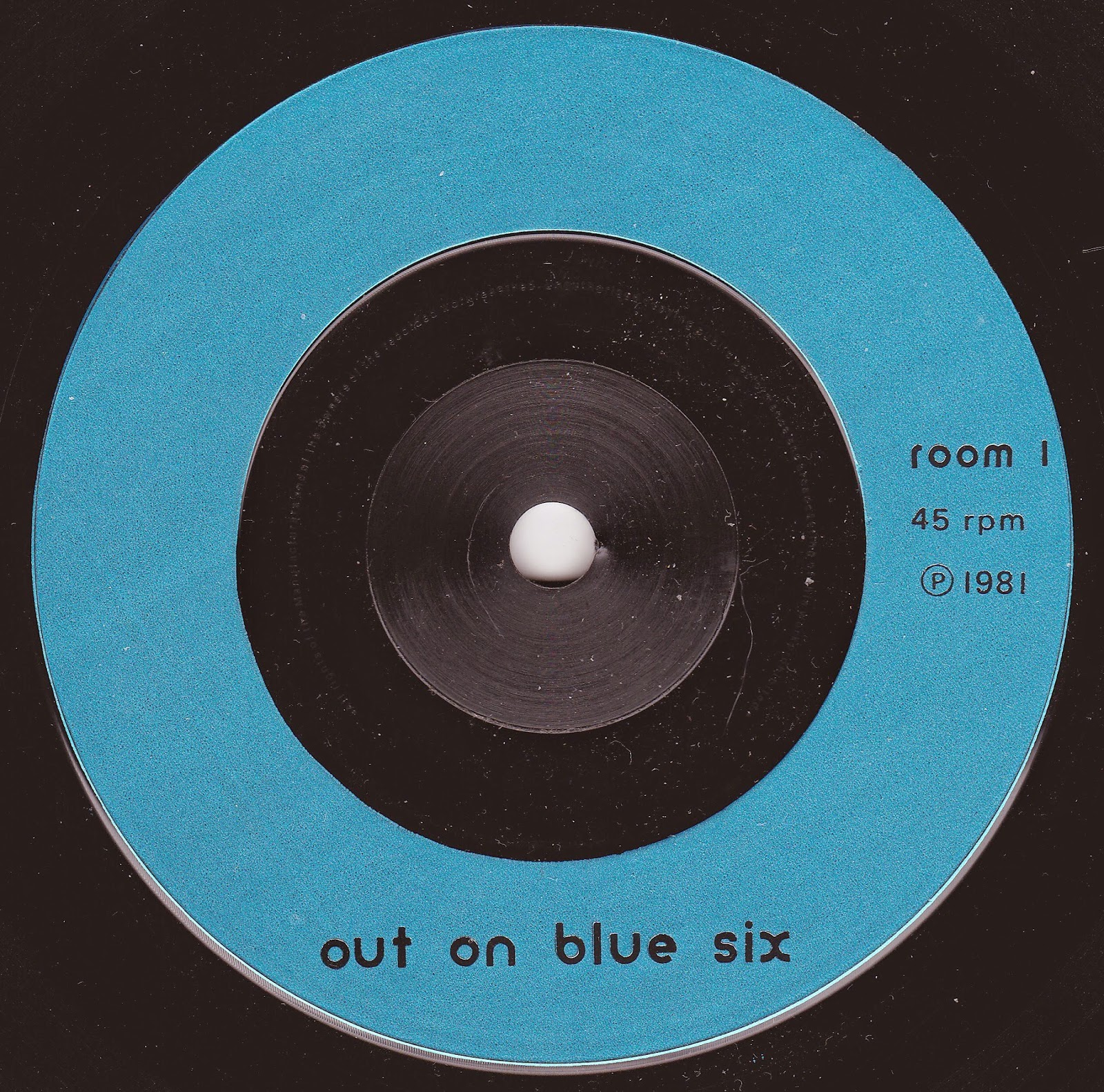 Fantastic, aggressive and jagged post-punk funk from these one-single wonders

While - in the UK at least - the late seventies is commonly regarded as being the birth of the 'proper' punk indie label and DIY pressed singles, and the mid-eighties is regarded as the explosion of the indie-pop sound, you'd be a fool not to look at what went on in between those two poles. The post-punk period is awash with unexpected indie riches, as the lovingly compiled "Indie Scene" series of compilation CDs sought to prove, and actually arguably surpasses the twee end of the spectrum in terms of sonic innovation. Where indie-pop sweetly jangled, post-punk indie often kicked like a mule.

Take Out On Blue Six, for example. Consisting of Mike Daly on drums, Carl Marsh on guitar, Kate Sekules on vocals, Geoff Woolley on keyboards and Nigel Holland on bass and vocals, this was their sole single, a three track self-produced effort. The blurry sleeve and brilliantly minimalist plasticrap label give no clues about the contents, but waiting in the grooves of the A-side is one of the most aggressive pieces of jagged funk you're likely to hear. "Party Mood" furiously throws around discords and barking terrier vocals to a rhythm that's immediately infectious, and the whole concoction is utterly impossible to forget. They also sound as if they'd be unforgettable live, although whether Hawkwind fans would agree is another matter - once when they were unfortunate enough to support that act, a hail of beer cans rained down over them throughout their set. Kate Sekules apparently dealt with the problem by finishing with a song whose lyrics largely consisted of "Dirty smelly greasy apes".

Besides this single, Out On Blue Six recorded two sessions for John Peel (one in 1980, the other in 1981) and apparently little else. You would have hoped that a more organised indie label could have found space for them on its roster, but it would seem that nobody bit, and this is their sole physical product.
Kate Sekules eventually became a writer and a professional boxer, a role perhaps well suited to someone who had to deal with petulant Hawkwind fans. Her book "The Boxer's Heart" chronicles her life and career. She was also once travel editor of "Food and Wine" magazine, but presently runs a vintage clothing business in New York.

The whereabouts of the rest of the group is not known, but I would be really interested to know if they recorded anything else which simply never got released. I wouldn't mind lending an ear to those John Peel sessions as well if anyone has them digitised.

Meanwhile, any similarities between the band's name and either Mark Radcliffe and Marc Riley's Radio One show or the title of a defunct blog by Tim Worthington are surely coincidental.

Email ThisBlogThis!Share to TwitterShare to FacebookShare to Pinterest
Labels: eighties, out on blue six

"The whereabouts of the rest of the group is not known" - Carl Marsh went on to join Shriekback.